To share your memory on the wall of Alexander Hernandez, sign in using one of the following options:

His generous heart and love for family will be missed and forever remembered by those who knew him. The love he shared, and received by all, is a love that will never be forgotten. We Love you Dad.
Read Less

Receive notifications about information and event scheduling for Alexander

We encourage you to share your most beloved memories of Alexander here, so that the family and other loved ones can always see it. You can upload cherished photographs, or share your favorite stories, and can even comment on those shared by others.

Posted Feb 05, 2020 at 11:30am
Alex was a great man. He loved his family. After we lost Jessie, he always made sure to stay in contact with his family. I will always remember uncle Alex as the BINGO caller. It was a job during the holiday parties and he was a pro at it. Winstar trips were always part of the fun. He will be missed by many. Alex say hi to Jessie for us... love you.
Comment Share
Share via:
HS

Flowers were purchased for the family of Alexander Hernandez. 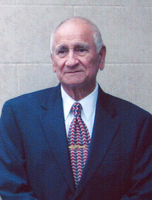