To share your memory on the wall of Billy Junell, sign in using one of the following options:

Ike leaves behind his sister Donna Rychlik & husband Joe of Caldwell, as well as his brother Larry Junell & wife Mickey of Quinlan. He will be missed by several nieces and nephews who all grew up knowing their Uncle Ike as a mentor and a teacher. Ike was born in Kaufman county on August 4, 1951 and is preceded in death by his parents, mother Louise Calvin, father L.T. Junell, step-father O.B. Calvin, his grandparents Polly & Ivy Richardson, Verda & John Junell, and twin-brother Mike Junell.

Ike and Laura spent the first part of their marriage in Eustace in 1970 then moved to Irving in 1971 where Ike attended a sheet metal trade school as an apprentice, then he became a sheet metal mechanic. Their family became members of First Baptist Church in Irving. Ike joined the Irving Masonic Lodge No. 1218 and was joyfully raised as a master mason in 1981. He later served as Master of the Lodge in 1988.

After a decade of working for two different sheet metal shops, together a young Ike and Mike (along with their friend, Ocie Draper) quit their jobs in 1984 and started a small sheet metal business known as Western Sheet Metal in Irving. Ike retired in 2019, the same year that Western celebrated its 35th year.

Ike had always liked to learn how things are made and how they work. If he could envision it, he could draw it and build it. He loved his job and he loved helping people in all aspects of his work and personal life. In 1999, Ike and his wife finally settled in Midlothian at an airpark called Eagles Nest. Ike received his private pilot’s license that year and enjoyed flying with youngest son, Sonny. As a father, Ike lovingly taught both his sons Scott and Sonny how to shoot, bow hunt and to respect firearms. Ike enjoyed the outdoors and was an avid sportsman in his free time. He liked hunting deer, elk and caribou and even learned how to bow hunt bears in Canada. He and wife Laura attended the Cowboy Church of Ellis County. Ike enjoyed following the Texas Rangers baseball team, the Dallas Cowboys and TCU Horned Frogs football.

Most of all, Ike enjoyed visiting the family’s farm in Cross Plains, Texas where he had built a weekend house. Ike returned to his roots by raising cows and growing coastal hay to sustain his love of the farm. He had a passion for green tractors, hunting local turkey and whitetail deer, and loved to smoke a brisket on the smoker. He found comfort in critter watching & star gazing with Laura and the grandkids. Ike always said that the farm was his therapy. He just didn’t plan on getting lung cancer and leaving us so soon. Ike will be greatly missed by his loving family and the friends who have been touched in some way by knowing this simple hardworking man who had dyslexia but wanted to make his family proud.

Note: Ike’s ashes will be laid to rest during a private graveside service at Moorehead-Melton cemetery in Eustace.

A special Celebration of Life to include friends and family will be planned in the coming weeks.

A fund has been established to award a scholarship to someone who desires to go to a trade school. In lieu of flowers, memorials can be made to the KJT Society #100 with Ike Junell in the memo line. Checks may be mailed to Donna Rychlik, 812 N Gray St., Caldwell, TX 77836. An acknowledgement card will be mailed to donors and to Laura Junell. All memorial funds will be used to establish a scholarship in Ike’s memory.
Memorials may also be made to the Scottish Rite Hospital in Dallas or to the American Lung Association or a charity of your choice.
Read Less

Posted Apr 21, 2020 at 05:57pm
What a wonderful family man. Gentle in spirit with a twinkle in his eye. We didn't know him very well, but respected him because of his love for his soul-mate, Laura ,and for his generous and loving spirit toward all his family. We also greatly respect his achievements as a successful entrepreneur and the fact that he was so loyal to his employees. Our hearts break for Laura and the rest of his family. We know he will be greatly missed by all. Andy and Debbie Corkin - Midlothian
Comment Share
Share via:
DE 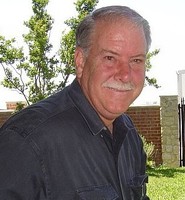 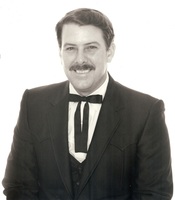 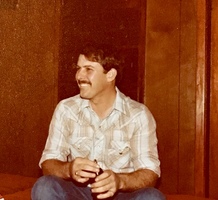 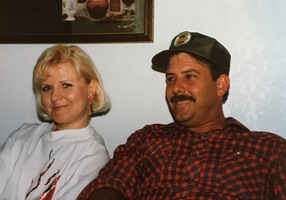