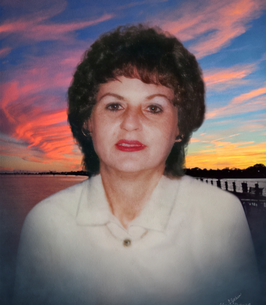 Bobbie Ann Baker Townson was born in Waxahachie, Texas to Cordie & Ally Baker on July 31, 1937. She had 8 brothers and sisters along with several nieces and nephews. She was very close to her brothers and sisters and was preceeded in death by all except her oldest sister, Janie.
Through the years all one big happy family spending time with them playing cards, going on trips ( especially gambling trips), shopping ( lots of shopping with Darlene, her youngest sister) and large family gatherings on the weekend.
Bobbie married Thomas Townson on August 8, and were happily married until his death on July 24, 2005. The two of them were a great couple that worked hard and raised 4 children and 2 grandchildren . Bobbie loved her family so very much. She will definitely be missed.
Her children from oldest to youngest Eva Mae, Paulette ( preceeded in death 1977), Sharon Jean ( preceeded in death 2019) and her only son Thomas Townson Jr.
Her grandchildren from oldest to youngest Sandra Deann " Dee", Paula Denise, Chaney Lloyd ( proceeded in death 2017), Shay Jacob, Sam, and Michelle ( shelley)
Her great grandchildren Sebastian (sir), Lauren (Lev), Saxon, Maghen, Monticella, Lindsey, and Gillian.
Bobbie was surrounded by her family when she passed and definitely knew how loved she was