To share your memory on the wall of Brian Pace, sign in using one of the following options:

Print
Brian Craig Pace, age 50, of Waxahachie, Texas, rode his way into Heaven on Tuesday June 23, 2020, in Dallas, Texas, following injuries he sustained in a motorcycle accident on June 14, 2020,

Brian was born on October 29, 1969 in Baytown, Texas to Jim and Susie Pace. On February 9, 1991 he married Angela Wilcox. During their marriage they had one daughter and one son. After their divorce he moved on to receive his Certification in Electronics and Fiber Optics on September 29, 2003. He later became employed with Chasco Interiors Inc. as an estimator for his longtime friend, Charlie Richardson.

He always had a passion for riding motorcycles. His Sunday's were usually spent at Xtreme Raceway Park in Ferris, Texas with his closest friends, Jim and Shelley Wansley, Joey Skroh, Ron Jones and numerous others. He also enjoyed track days at COTA in Austin, Texas. He lived his life to the fullest and never held back.

Brian's Celebration of Life will be Saturday June 27, 2020 at 3pm at the Boze Mitchell McKibbin Funeral Home in Waxahachie, Texas. Brian would want everyone Celebrating his Life, so we will be having a party in his honor in Maypearl, Texas, which will be announced after his service with the address.

The Family would like to express their deepest gratitude for the outpouring of Prayer's and Support throughout this difficult time and also to everyone who has donated to his GoFundMe account. We cannot thank you all enough.

Receive notifications about information and event scheduling for Brian

We encourage you to share your most beloved memories of Brian here, so that the family and other loved ones can always see it. You can upload cherished photographs, or share your favorite stories, and can even comment on those shared by others.

Posted Jun 27, 2020 at 04:12pm
I wish I could be there, if for nothing else, support. I so feel your pain. I'm mentally hugging you right now.
Comment Share
Share via:
PL

Posted Jun 26, 2020 at 04:19pm
My thoughts and prayers are with you Susie, Jimmy and Family during this difficult time! God Bless all of you and, may he give you some peace!
Comment Share
Share via:
LB

I am so sorry this happened. My heart aches for you, Susie, Jimmie, and Jamie. Rip Bryan. 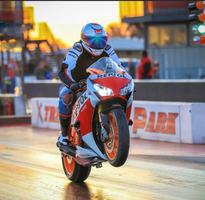 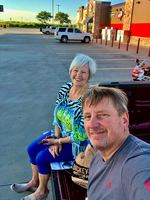 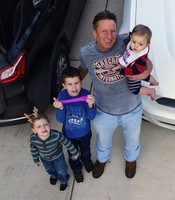