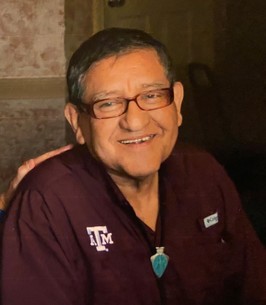 Cisco P. Reyes, Sr was born October 9, 1934 to Sebastiana (Pineda) and Joaquin Reyes, in Waxahachie, Texas. He passed away on August 18, 2022. Cisco grew up in Waxahachie with his four siblings Lewis, Margaret, Juana, and Inez and his nieces and nephew Delores, John and Lillie. He graduated from Waxahachie High School in 1954. He went on to graduate Dallas X-Ray Technology Trade School where he studied the trade that would become his career. Cisco proudly served three years in the United States Army at Fort Lewis, Washington. In 1958 Cisco married his beloved wife, Mary Ann (Ensinia) Reyes. The couple have enjoyed four children, seven grandchildren, five great grandchildren, and sixty-four years together. Cisco was proud of his family; his grandchildren were all special to him.

Cisco was liked by everyone. He is remembered as fair and honest, a hard worker who made many lifelong friends. He moved to Lancaster in the early 1960’s and was very involved in the community. He volunteered his time through Lancaster Jaycee’s, St. Francis Men’s Club, Lancaster Baseball Association, and was a scout leader assistant through the Boy Scouts of America Troup 222. He enjoyed attending Tejano Music Festivals and especially loved the music of Little Joe and La Familia, and Selena. Cisco never met a stranger and would stop and talk to anyone; he lived to have a good time.

He is preceded in death by his parents Joaquin and Sebastiana Reyes and siblings Lewis Reyes, Margaret Maldonado, Juana Ramos and Inez Aguilar.