To share your memory on the wall of Donald Cole, sign in using one of the following options:

Print
On the morning of December 28th, 2020, Ivan Cole, loving father and grandfather passed away at the age of 81.

Ivan, a football star in high school, attended a Sunday school class where he first met his wife, Peggy Cole, who claimed she ... Read More
On the morning of December 28th, 2020, Ivan Cole, loving father and grandfather passed away at the age of 81.

Ivan, a football star in high school, attended a Sunday school class where he first met his wife, Peggy Cole, who claimed she threatened her best friend to trade her seats to be able to sit next to him in class. His “broad shoulders” and “dimple in his chin” are what first drew his wife to him but after they began to go steady, she fell in love with his giant heart and ability to make her laugh. The two were married September 1st, 1962 and remained madly in love for 60 beautiful years.

Ivan received a Bachelor’s degree in engineering from Purdue university and thus began his career that lived long beyond his retirement from Sinclair Oil Co. in downtown Dallas, Texas. He loved working and was always looking for a project or opportunity even into his last days.

He was a man of God and an example to so many. His giant heart drew people to he and his wife Peggy and became a part of the Cole’s extended family. Many referred to Ivan as “Poppa Cole”, as his grandkids called him, after spending a short time with him because he truly made them feel as though they were a part of his family.

Ivan’s life was beautiful and he continually proclaimed how blessed he was to have lived it. Though his chapter may have come to a close, his legacy will remain through his son, grandchildren and the many lives he and Peggy impacted.
Read Less

Receive notifications about information and event scheduling for Donald

We encourage you to share your most beloved memories of Donald here, so that the family and other loved ones can always see it. You can upload cherished photographs, or share your favorite stories, and can even comment on those shared by others.

Posted Jan 12, 2021 at 08:47pm
Mr. Cole, You had such a kind heart and it has been my pleasure working with you. As I know I told you, you reminded me so much of my father with your love for family and always putting others needs first. You will always have a dear place in my heart. I'm so glad you are with your beloved wife again in heaven! Blessings and comfort to everyone who feels this loss.
Comment Share
Share via:
KJ

Posted Jan 11, 2021 at 03:15pm
Wishing family/friends peace ,comfort, & courage to face the days ahead. Donald, you were always such fun to work with & will be missed terribly!

Posted Jan 05, 2021 at 03:09pm
Dear Mr. Donald Cole, we will always remember you and we will keep in our hearts the great memories of a true christian, an honorable man, fun, joyful, loving and with an impecable lifestyle. Every story you told was full of surprises, funny quotes, and lots of teachings. Which I had more time to share with you. Love you Grandpa!!! See you up there one day.
"Those who are righteous will be long remembered (Psalm 112:6)" 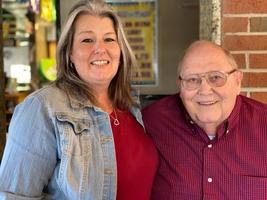 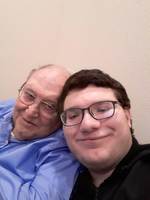 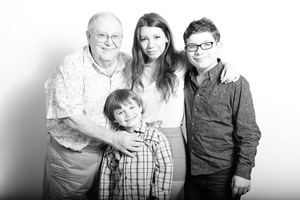 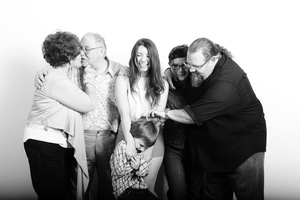