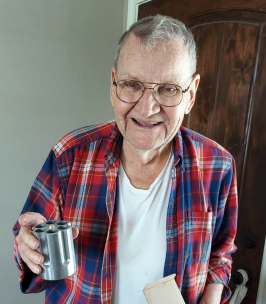 Don was born July 25, 1936. He grew up in Lubbock and was a Monterey High School graduate, class of 1955. Don served our country honorably for four years in the United States Navy and worked for Dickies but spent most of his adult life working for Frito Lay. He enjoyed old John Wayne westerns, Perry Mason and target shooting with his sons and grandsons. He was a member of Redbud Baptist Church in Lubbock until he moved to Waxahachie to be closer to his daughter. He was a faithful contributor to the Billy Graham Ministry and to the St. Jude Children's Hospital.

Don married the love of his life Ruby Gordon Hollers in May of 1961 and they remained married until her passing February 12, 2001.

A graveside will take place at Resthaven Memorial Park Thursday, September 8, at 10 am.

In lieu of flowers, donations in Don's memory can be made to St. Jude Children's Hospital.