To share your memory on the wall of Douglas Taylor, sign in using one of the following options:

After high school, Doug moved to Texas where his sons, Jason and Cameron, were born. He then began his career in insurance sales with Mutual of Omaha, Liberty Mutual, and then he purchased an Allstate agency in 2001. He won many awards, trips, and was recognized throughout his sales career.

Doug passed on his love of baseball to his sons and taught them the fundamentals of the game. He enjoyed spending time with his boys, attending sporting events, playing catch, looking at the stars, and traveling.

Doug settled in the DFW area in the early 1980s. He met his wife, Laura, in 1994 at the Parents Without Partners Organization. They were then married in 1995. They fulfilled their dream of living in a log cabin with enough land for their animals in Ennis, TX where they currently live.

Doug’s walk with God grew stronger throughout his life. We know he is with his savior, Jesus Christ. We love him and will miss him, until we meet again.

A Memorial service will be held at 11:00 a.m. on Saturday, January 9th at the Boze-Mitchell McKibbin Funeral Home located at 511 West Main Street, Waxahachie, TX 75165.

In lieu of flowers, donations can be made to the Arlington Historical Society at
www.historicalarlington.org/support.
Read Less

Receive notifications about information and event scheduling for Douglas

We encourage you to share your most beloved memories of Douglas here, so that the family and other loved ones can always see it. You can upload cherished photographs, or share your favorite stories, and can even comment on those shared by others.

Posted Jan 09, 2021 at 01:03pm
Such a great friend he will be missed by so many people. I will always be grateful for knowing him.
Comment Share
Share via:
MK

Posted Jan 09, 2021 at 11:47am
Taylor Family,
I am deeply saddened by the loss of Doug. He was the most amazing boss and friend. He always had a way of making me laugh (like that’s very hard to do)! I will forever remember all our talks about history and hauntings. Yup that’s right hauntings! Oh and how could I forget “I said I like your hair!” Such fun times in the office together. May his memory forever live on and may we always cherish his life lessons. Until we meet again...
Comment Share
Share via:
MS

Posted Jan 07, 2021 at 08:18pm
We love Doug and he will be forever in our hearts.
We will always have our cherished memories. Still can’t believe he is really gone. Praying for peace and comfort for Laura and the family.
Love you,
Rick and Marilynn Squyres

Words cannot describe my grief. I remember the softball games, the camping trips and my relentless teasing. All because I loved you. Love and comfort to Laura. Ellen Compton 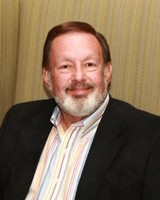 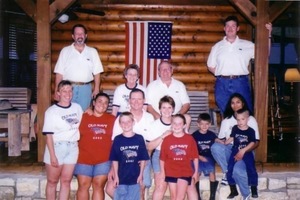 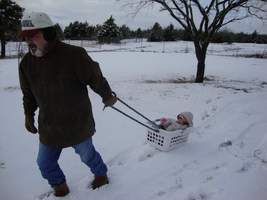 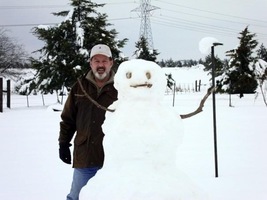