To share your memory on the wall of Estelle Vance, sign in using one of the following options:

Print
Estelle Sanders Vance passed peacefully from this world into the next on Monday, March 22 at Bluebonnet Rehab in Ennis. She was 99 years of age.

Estelle was born November 19, 1921, in Gordonville, Texas the daughter of John and Martha (S... Read More
Estelle Sanders Vance passed peacefully from this world into the next on Monday, March 22 at Bluebonnet Rehab in Ennis. She was 99 years of age.

Estelle was born November 19, 1921, in Gordonville, Texas the daughter of John and Martha (Shires) Sanders. She was born and raised on a farm during the Great Depression and felt called upon by her country to serve as a defense worker as a "Rosie the Riveter" during World War II at North American in Grand Prairie. She married Berton Lee Vance in 1949 and worked many years for the public at Sears and Walmart. She finally retired at the age of 92 years. Estelle was a member of the First Christian Church and belonged to the Rebekah Lodge.

In lieu of flowers, memorials may be made in her name to Bluebonnet Rehab in Ennis.
Read Less

To plant a memorial tree in honor of Estelle Vance, please visit our Heartfelt Sympathies Store.

Receive notifications about information and event scheduling for Estelle

We encourage you to share your most beloved memories of Estelle here, so that the family and other loved ones can always see it. You can upload cherished photographs, or share your favorite stories, and can even comment on those shared by others.

Richard and Helen and boys

Posted Mar 25, 2021 at 09:43pm
"Estelle Vance" will remain in our hearts forever. We pray the love of God comfort you during this time of great loss ,she will never be forgotten

Posted Mar 25, 2021 at 09:30pm
My Aunt Estelle was by far one of my favorite aunts .When she and my Uncle would visit our home when I was a kid was always a happy occasion , her laugh was infectious and she always had smile on her face. I loved being around her ,She will be greatly missed but will always be in my memory and heart.
with my heartfelt sympathy.......Richard Davis
Comment Share
Share via:
WS

Posted Mar 25, 2021 at 04:53pm
Praying for your family, I worked with Estelle years ago. What a special lady! She loved people and people loved her.
She was just one of a kind and I will always remember her sweet kind soul. 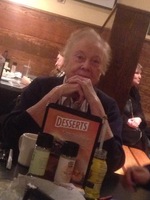 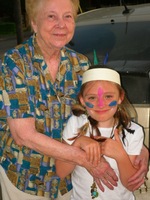