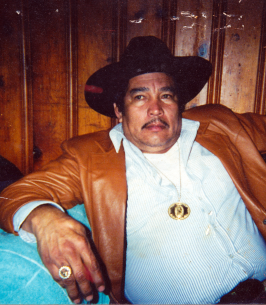 Guadalupe Hernandez Olivares was born on August 8, 1949 to Maria Rita Olivarez and Manuel Hernandez in Mexico. He departed on April 30, 2022. Guadalupe married at the age of 22 and was married for 25 years. He is the father of two children and grandfather of four grandchildren.

Known to his friends as Don Lupe, his grandchildren called him Papa Lupe or Welo. He was known for his flour tortillas that his grandchildren would always run to get the first one. Those tortillas were the absolute best. In his younger years he loved to play baseball. Guadalupe would often tell stories of his childhood in Mexico. He remembered those years fondly. Guadalupe will always be remembered as loving, and caring, always ready to lend a hand to help.

He is preceded in death by his mother Maria Rita Olivares and father Manuel Hernandez; uncles Juan Hernandez, Zeferino Hernandez and Lupe Hernandez.

Visitation for family and friends will be held Thursday, May 5, 2022 from 6:00PM until 8:00PM at Boze Mitchell McKibbin Funeral Home Chapel in Waxahachie. There will be a Rosary at 7:00PM.