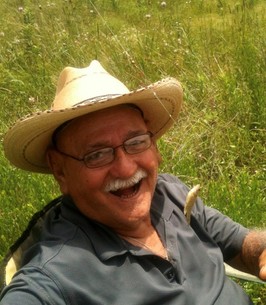 Herman V. Martinez was born December 22, 1938 in San Antonio, Texas. He went home to the Lord on June 13, 2022. Herman is remembered as a Godfearing, loving father, grandfather, great grandfather, and husband; a devout Christian that never turned anyone away. Herman was raised in San Antonio by his mother Macaria, along with his three brothers. After high school, he joined the United States Marine Corps where he proudly served his country. Upon completion of this service, he attended Wayland Baptist College and began his career of pastoring for over 60 years. He pastored in many churches where the Lord called him to be. Most recently, before his retirement, Herman pastored Temple Alpha and Omega, in Waxahachie, Texas. He was a member of the Baptist General Convention of Texas and a proud member of the Marine Corps League 1452 Ellis County Detachment, Texas – Southern Division.

Herman was a “crack up” and his fierce sense of humor left an impression on everyone in the family. He never missed an opportunity to tell a “dad joke”. They will always remember the times he would pack everyone into a vehicle to take them on road trips, a tradition carried on from children to grandchildren. He was an excellent father and grandfather who lived his life as an example of love and support. He could often be found at a sporting event where his kids, grandchildren, or great grandchildren were playing, rooting them on. He loved to be by the water, “wetting a hook”. An avid reader, he especially enjoyed westerns, military, and spy novels. He liked country and religious music.

Most of all, Herman loved his wife Lydia! They were married for over 60 years. He was always by her side even until her final days. He shared his big heart with his loving wife, kids, grandchildren, great grandchildren and everyone else who knew him as “Grandpa”.

Herman is preceded in death by his parents Antonio and Macaria Martinez; his beautiful wife, Lydia; beautiful daughter Anna Padilla and husband Bert; and his brother John Martinez and sister in law Enedina; sister in law Josefina Martinez.


Memorial services will be held June 25, 2022 at 10:00AM, at Boze Mitchell McKibbin Chapel in Waxahachie.