To share your memory on the wall of Howard Lawson, sign in using one of the following options:

Print
Howard Lynn Lawson of Arlington, formerly of Italy, passed away at home on January 3, 2021. He was born on October 20, 1943 to Howard and Eva Shinpaugh Lawson.

He married Diane Maida in 1966. Lynn was so proud of their two sons, Scott ... Read More
Howard Lynn Lawson of Arlington, formerly of Italy, passed away at home on January 3, 2021. He was born on October 20, 1943 to Howard and Eva Shinpaugh Lawson.

He married Diane Maida in 1966. Lynn was so proud of their two sons, Scott and Stephen Lawson.

After graduating from the University of North Texas, he was employed as a homebuilder and also owned an auto parts store in Italy. He was an avid drag racing fan who built and raced cars. He was a rural mail carrier for almost 30 years before retiring.

He loved his family and friends, but his grandchildren, Brandon and Katelyn, were the ones that stole his heart. His favorite thing to do was spend time with them. He enjoyed watching Brandon play football and Katelyn perform in choir concerts. Lynn was the happiest when he was with his family.

Lynn never met a stranger. He could talk to anyone about anything. He knew where to go for the best food in the area. He made many memories with friends whenever he could and was always willing to help anyone in need.

He is preceded in death by his mother, Eva Mauldin, father Howard Lawson and sibling Larry Low.

Due to Covid 19, services will be held at a later date. Memorials may be made to the George Scott Scholarship Fund, c/o Wanda Scott, 1606 Plum Creek Drive, Midlothian Texas 76065.
Read Less

Receive notifications about information and event scheduling for Howard

There are no events scheduled. You can still show your support by sending flowers directly to the family, or planting a memorial tree in memory of Howard Lynn Lawson.
Plant a Tree

We encourage you to share your most beloved memories of Howard here, so that the family and other loved ones can always see it. You can upload cherished photographs, or share your favorite stories, and can even comment on those shared by others.

Posted Jan 05, 2021 at 07:51pm
Please accept our most heartfelt sympathies for your loss... Our thoughts are with you and your family during this difficult time.

3 trees were planted in the memory of Howard Lawson

Posted Mar 02, 2021 at 02:27pm
Lynn was my brother-in-law and I will miss him. One of my best memories of Lynn is when he was playing with his grandson Brandon and his granddaughter Katelyn. You could see the love in his eyes. He would do anything for them and was so proud of both of them. He will be missed.
Comment Share
Share via:
JS

Posted Jan 10, 2021 at 02:56pm
Lynn was one of the first men we met when we moved to Italy. We have so many wonderful memories of him. He was so smart. He could fix anything. On our trips to Possum Kingdom we could always count on Lynn when the boat motor needed repair. He had great stories to tell. We will always remember this big man with an even bigger heart. Rest in peace dear friend.
Comment Share
Share via:
J

Posted Jan 07, 2021 at 08:51pm
We met Lynn at the Texas Motorplex over 30 years ago. If there was an event at the dragstrip we knew Lynn would be there.. He was a good person and a friend. We will never forget that smile or his kindness. One of the good guys who left his family and friends way too soon. We loved you Lynn and will never forget our times together. You are definitely racing with the big guys now. Our sincere sympathy to Diane and his family.
Sue & John Stockton
Comment Share
Share via:
CG 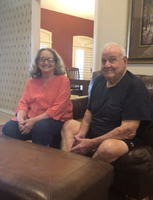 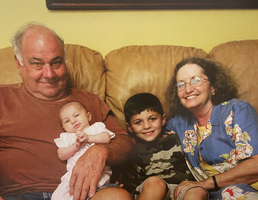 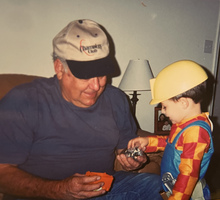