To share your memory on the wall of James L. French, sign in using one of the following options:

Provide comfort for the family by sending flowers or planting a tree in memory of James L. French

Provide comfort for the family by sending flowers or planting a tree in memory of James L. French

He was an overseer of the Chimala Mission Hospital and School of Preacher Training in Tanzania East Africa and was affiliated with it from its beginning with Brother Andrew Connally since the late 1950’s.

He will be sorely missed by his family and by his vast Church of Christ family and friends.

In lieu of flowers, the family has asked that donations be made to the Chimala Mission and Hospital. C/O Dalraide Church of Christ, 3740 Atlanta Highway, Montgomery AL, 36109.

We encourage you to share your most beloved memories of James L. French here, so that the family and other loved ones can always see it. You can upload cherished photographs, or share your favorite stories, and can even comment on those shared by others. 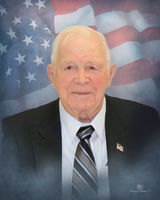