To share your memory on the wall of James Jones, sign in using one of the following options:

James was the owner and operator of Jonesy’s Radiator... Read More
James Norvell Jones, Jr., of Waxahachie, TX, went home to be with our Lord on May 2, 2020. James was the son of James and Lela (Tittle) Jones of Dallas, TX born on August 27, 1935.

James was the owner and operator of Jonesy’s Radiator in Waxahachie, TX. James passion in life was being an entertainer and lead singer. He and his band had played around the DFW area from his teen years onward and had the pleasure of performing with many celebrities during his music career.

James is survived by his daughter, LuWanna Marie May and husband Randy of Italy, TX and numerous grandchildren and great grandchildren.

Visitation for family and friends will be held on Thursday, May 7, 2020 from 6-8 P.M. at the Boze-Mitchell-McKibbin Funeral Home in Waxahachie. 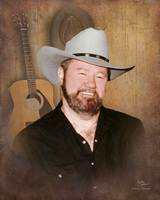