To share your memory on the wall of James Sims, sign in using one of the following options:

James was born to Samuel Arthur Sims and Johnnie B. (Lackey) Sims, the youngest of five children. At two years of age he and his siblings were taken to Buckner Orphans Home in Mesquite, Texas. There he learned manners, religion, academics and how to pick cotton “clean!” for the annual funding of a trip to the State Fair of Texas. In 1958 he graduated from Buckner High School (“out-the-gate-in-58”) and hitch-hiked to Odessa Junior College on a basketball scholarship. While in Odessa he learned to roughneck oil rigs to fund his education. After a stint in the Army, he continued his pursuit of academics and achieved a Master’s in Education, almost finishing his PhD. He began his professional career as a teacher/coach and advanced into administrative positions as school principal at progressively larger school districts.

In 1983 James “saved Suzanne from the crow bait she had been dating” and were married 6 months after their courtship. Together they raised two successful children, Erika Suzanne and Adam James. Jim lovingly welcomed his daughter-in-law Brandi (“she likes prunes!”) into his heart and anticipated the December birth of his newest granddaughter, Sunny.

After a long career in public education, he tried his hand at entrepreneurship, becoming a skilled woodcraftsman while maintaining the important role of ‘Mr. Mom’; shepherding Adam and Erika to extracurricular activities and ensuring the kids never missed a homemade breakfast. Despite all prior endeavors, his most challenging role till the day of his death, was primary supervisor of “That Woman” – Suzanne!

James is predeceased by his parents, his mother and father-in-law Richard R. Reithal, Sr. and Florence F. Reithal, his children Joel Arthur and Nona Rebecca, his sisters Carolyn and Bettie Jo, and his brother Jerry.
James is survived by his wife of 37 years: Suzanne, children: Erika, Adam (wife Brandi), grandchildren: James McClure and Jessica McClure, brother: Samuel (wife Judy), countless Buckner Brothers: Kenneth-Joe, Bobby Newsom, Don Ritchie (“Condor Bird”). He is also survived by the Palmer Boys whom all have hilarious tales of growing up with Mr. Sims as their legend. James was always in awe of the UTSW medical team that balanced his health issues with care and compassion: Carol Croft, MD, John Fitzgerald, MD and Jose Joglar, MD.
Jim never met a stranger. Never saw a cotton field he didn’t pick (recent year included). Never complained and loved everyone who is reading this.

A Mass of Christian Burial will held at 1:00 PM, Friday, November 27, 2020 at Boze-Mitchell-McKibbin Funeral Home in Waxahachie. Visitation for family and friends will follow the service from 1:30-3:00 PM.

Interment will be on a later date at the Dallas Ft. Worth National Cemetery.

Donations are being accepted for: BUCKNER HOME ALUMNI ASSOCIATION INC.

Posted Nov 27, 2020 at 10:54am
Thinking of you during this difficult time. Praying your wonderful memories bring you some peace.

3 trees were planted in the memory of James Sims

Posted Nov 28, 2020 at 02:13pm
Jim’s deep, rumbling and always kind voice will always be an iconic memory. He was one of the first to be a real grownup friend to each of my children, particularly Seth. How we loved to come and visit with you and Jim, Suzanne, and how generous you two were to our little tribe. From many years before and after that time, Jim and you all are loved. Sending it now.
Comment Share
Share via:
LF

Posted Nov 27, 2020 at 09:41am
Please accept our most heartfelt sympathies for your lossour thoughts are with you and your family during this difficult time. 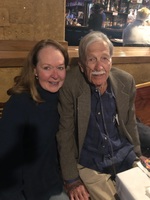 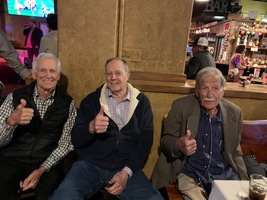