To share your memory on the wall of Jerry Watson, sign in using one of the following options:

After college, he worked at several banks, beginning with the proof department, and working his way up the ladder. He married Sherrie Lyn Sloan in Hewitt on September 8, 1979, and she passed away from Diabetic complications on December 8, 2005. Jerry was a founding member and Executive Board Member of Red Oak ISD Education Foundation. He was also an executive director of Red Oak Chamber of Commerce and Glenn Heights Chamber of Commerce, a Mason, Lions Club member and many other community functions. He was currently Executive VP and CLO of Commercial State Bank of Palmer.

He married Christi Kent, of Ennis, also a widow, on May 19, 2007. Jerry enjoyed being a “weekend warrior” as a handyman, hunter and fisherman. He could fix almost anything, and also enjoyed mentoring young people. Jerry was a fun-loving happy person who spread his joy and never met a stranger.

In lieu of flowers, please feel free to contribute to Mentors Care Organization of Ferris, or any other Educational Foundation of your choice.

To plant a memorial tree in honor of Jerry Watson, please visit our Heartfelt Sympathies Store.

Receive notifications about information and event scheduling for Jerry

We encourage you to share your most beloved memories of Jerry here, so that the family and other loved ones can always see it. You can upload cherished photographs, or share your favorite stories, and can even comment on those shared by others.

Posted Mar 05, 2021 at 03:36pm
It was very sad to hear the news about Jerry. I worked next door to Jerry in Red Oak and he always stayed in contact with us as he referred business to our company. Jerry always had a smile on his face. Never met a stranger. He was so outgoing and enjoyed life. He was willing to help others and give advice. What a true servant of Christ. He will be missed by many. He is now in the arms of Jesus. I am praying for his wife and family and friends.
Comment Share
Share via:
SC

Posted Feb 28, 2021 at 06:08pm
Very sad to hear this news about Jerry. He was my personal and corporate banker and helped my kids with lending before they had any credit. He was our go-to as long as I can remember in Ovilla and Red Oak when he was working up here. Jerry was a true Patriot that believed in Capitalism, Freedom, the pursuit of happiness, and he knew what a handshake meant. He was one of a kind, he always made time to talk. You will be missed old friend. 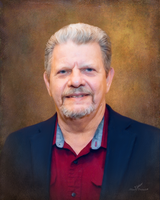