To share your memory on the wall of John Watts, sign in using one of the following options:

Born on May 5, 1968 in Irving, TX, he was the youngest son of JW Watts and Luana Watts. He graduated in 1987 from Nimitz High School in Irving Texas. He married Deborah Workman on October 17, 2009. He was a beloved husband, uncle, son, brother, and friend. John enjoyed cooking and spending time with family, especially his nieces, nephews and great nephew.

A memorial celebration will be held 10am Saturday, March 6 at the Walnut Hill United Methodist Church in Dallas, Texas.

In lieu of flowers, please make a donation to Diabetes Research Institute at https://www.diabetesresearch.org/give.
Read Less

Receive notifications about information and event scheduling for John

There are no events scheduled. You can still show your support by sending flowers directly to the family, or planting a memorial tree in memory of John G. Watts.
Plant a Tree

We encourage you to share your most beloved memories of John here, so that the family and other loved ones can always see it. You can upload cherished photographs, or share your favorite stories, and can even comment on those shared by others.

Plant a Tree in Memory of John
Plant a tree 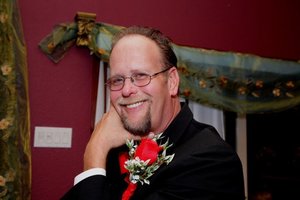