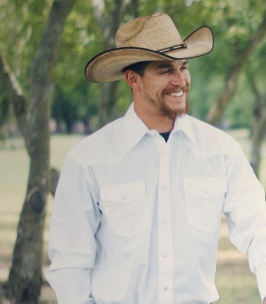 Jonathan “Johnny Blue” was born to Dianne Hernandez in Waxahachie, Texas on May 3, 1991.
He was the baby brother to Erica (his sissy). The day he was born was so exciting, he was a beautiful baby with dark brown hair and bright green eyes.

During Johnny's childhood, he excelled at many things: skateboarding, drawing, riding bikes,
water skiing, soccer, swimming and snow skiing (black diamonds). He wasn't afraid of getting hurt so he never backed down from a goal, like jumping his skateboard off ten stairs instead of just four like his friends. His family was always amazed by his determination.

As a teenager Johnny would spend hours upon hours in his “music studio” style bedroom
writing music and teaching himself to play guitar. As he grew in his talent so did his vast array of
music, he loved classic rock, rock, country, blues, and even christian. He was always learning new songs and over time even learned the actual names for the keys. If you ever heard him play, you knew he was amazing! He began learning how to play the harmonica and that too was incredible to hear. He even began playing at family gatherings and open-mic nights in Dallas. His love for music lasted his entire life, as did his song writing.

Johnny became a man and fell in love, he soon became a father to the most precious son, River.
Becoming a father made Jonathan so proud. He was a protective daddy, always making sure his son was eating healthy and well taken care of. If you were to ask, Johnny would tell you that River changed his life for the better. A few years after River was born, they welcomed a beautiful daughter, Reyna. Reyna, surprised her parents by deciding to come into this world in the passenger seat of Jonathan's truck on the way to the hospital. He was scared and thrilled all at once. From that moment on his “baby girl” got whatever she wanted. Jonathan could always be found on the floor playing with his babies and even his nieces and nephew. He was an amazing uncle as well, and his sisters children love Uncle Blue very much.

Johnny was skilled in so many things: painting, roofing, welding, and construction. He even
owned his own business and did well. Throughout his life he learned so much from his many amazing uncles, who gave him work and taught him trades. Trades that he took and used to provide for his family. He was always a hard worker and ready to learn more.

Jonathan had so many passions in life including: boxing, working out, *cough... tanning,
kayaking, fishing, traveling to new places, riding horses, singing and playing guitar, being outdoors, and his most free moments were spent on his motorcycle. Johnny was seventeen years old when he got his first motorcycle. His old pal Cougar told his family that when Johnny came in to buy his first bike, he didn't even know how to ride it. He had to show Johnny where the throttle and brake were, Cougar told his family that he just hoped Johnny would make it out of his driveway safely. His family loved this memory, of a young Johnny with a desire and will to learn something new. He definitely learned to ride and was soon riding all over the country. He said that he felt like he was flying free when he was on his motorcycle. He made many friendships and even brotherhoods because of his passion for riding. He was always ready for a new adventure.

Jonathan was involved in church and took his family to Transformation Church in Quinlan,
Texas. He would sit still and quiet and listen to God's word (still and quiet was rare form for Johnny). He loved the music and was in awe of the preaching. When the church grew and built at a new location Jonathan was there and ready to paint the new building. He learned so much in the times he was there. Jonathan gave his life to Jesus in his final moments and because of that he is with Jesus in Heaven today. Johnny is proceeded in death by his grandfather Blas Hernandez, Sr. and niece Kora Alice Blythe.

Johnny will be cremated and some of his ashes will be scattered in various locations.

As a final request the family asks that you would always keep his family in your prayers. Time
will not heal the wounds that are so deep, only our Father in Heaven can.