To share your memory on the wall of Joshua \"Josh\" James Sherrell, sign in using one of the following options:

Print
Joshua “Josh” James Sherrell, age 17, left tragically too soon, Saturday, August 1, 2020 in Ennis, Texas. He was the victim of a drunk driver in a horrific car accident on I-45 when he was hit head on.

Josh was born August 29, 2002. His mother, Lesa Sherrell was blessed to adopt him at birth and to be able to watch her precious baby boy take his first breath and cut the umbilical cord. It has been the two of them since the day she brought him home from the hospital. Josh’s biological father, Jeremy Robert Sherrell, was Lesa’s nephew. He was taken in a car accident as well in 2009.

Josh was so kindhearted, sweet, and a gentle young man who loved the Lord. At his Kindergarten graduation when asked, what he would be when he grew up, he said, “a preacher just like Mr. Dean!” He enjoyed going on vacations with his momma and spending time with his brother. He and his brother would always laugh when they were together. Josh was highly intelligent and a computer whiz. Lesa started homeschooling Josh in the 9th grade. He was an excellent student at Sherrell Academy and would have been a senior this year. He had big plans for a bright and successful future. He would tell his mom that he wanted a career that would give his future wife the ability to stay at home and he did not want to work on weekend so he could spend time with his family. He loved working out and had become very health conscious. Wow! That beautiful face! And those muscles! Josh was beautiful inside and out. His blue eyes (that he was always complimented on), big smile, and loving spirit will be forever remembered and deeply missed by so many.

Joshua means, “Gift from God,” and he was the greatest gift Lesa ever received, thanking God in prayer she would say, “Dear Lord, thank you for my Joshie, my blessing, my joy, please guide me in his care and hold us in your arms in Jesus name Amen.” Now safely in His arms.

He is preceded in death by his biological father, Jeremy Robert Sherrell; uncles, James E. Sherrell and Robbie James Sherrell and grandparents, L.J. and Betty Sherrell.

All are invited to attend Josh’s funeral service at Brown Street Church of Christ on Thursday, August 6, 2020 at 11:00 AM. There will be a visitation from 10-11 AM before the funeral service.

We encourage you to share your most beloved memories of Joshua "Josh" James Sherrell here, so that the family and other loved ones can always see it. You can upload cherished photographs, or share your favorite stories, and can even comment on those shared by others.

Posted Aug 13, 2020 at 12:55pm
My kids thought Josh was one of the most awesome big cousins ever. He would jump on the trampoline, run around the yard, and play catch with them. They dubbed him Josh-O and always thought he was the coolest. We’ll all miss you dearly, Josh-O. I’m glad you were part of our lives.
Comment Share
Share via:
LK

Posted Aug 04, 2020 at 11:20pm
My little brother was the bestest friend I will ever have and I will always remember how every time I was with him or talking to him we laughed and smiled and were always happy. We were inseparable and I will cherish every memory forever. He’s with our daddy now and I know they will meet me at the pearly gates someday. I love you forever Joshie.
Comment Share
Share via:
P

Posted Aug 04, 2020 at 07:55pm
Josh was a sweet soul, just like his momma..I'm thankful for the times I got to spend with him..I'm deeply saddened but I know without a doubt he's in the hands of his heavenly father now...he will be deeply missed..Godspeed Joshua..
Comment Share
Share via:
KM 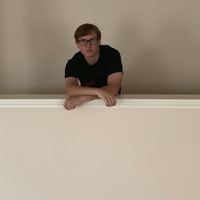 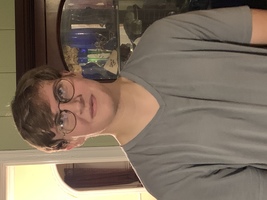