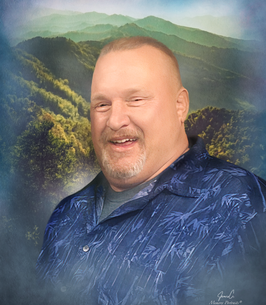 Kenneth “Kenny” Michael Hreha was born September 15, 1966 to Elizabeth and Paul Hreha in Scranton, Pennsylvania. He joined his Lord and Savior on September 14, 2022. Kenny grew up and graduated in Franklin, Pennsylvania. He arrived in Waxahachie, Texas at the age of 19, and from there he traveled the world. He is remembered as a man of strong faith, always willing to lend a hand and who greeted everyone with a big smile. He had the soul of a gypsy and was happy with life.

Kenny did it all! He worked as a plumber, contractor, truck driver, heavy equipment operator, salesman, manager, supervisor, strongman competitor, and worldwide wrestler. He wrestled under the name “The Stinger” and as part of the tag team “The Sicilian Studs” – Guido and Vito (Kenny). His wrestling took him as far away
as Japan and Saudi Arabia. A very patriotic man, Kenny also spent time as a civilian contractor in Iraq, serving his country. His life-long strong faith and many talents aided in the accomplishment of physically building a new church – Lord of Life Lutheran Church, in Glen Heights, Texas – along side of his father, brother, and other congregation members. Though he traveled extensively, and his accomplishments were many, one of his favorite places to be was in his home state, the Allegheny River in Franklin, PA.

He is preceded in death by his father Paul Fredrick Hreha.

Visitation for family and friends will be Monday, September 19, 2022 from 6:00PM until 7:00PM; Memorial Service to follow at 7:00PM at Boze Mitchell McKibbin Funeral Home Chapel in Waxahachie, Texas.