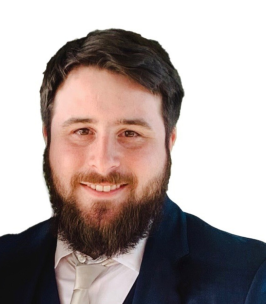 Kevin George Alderdice Clark, 26, passed away suddenly and unexpectedly while at work on Thursday, August 25, 2022.
Kevin was born on December 1, 1995, to his parents Randy Clark and Amy Alderdice Wright. He was a lifelong resident of Waxahachie, graduating in 2015 from Waxahachie High School where he played soccer. He received his associate degree from TSTC in 2017, followed by a 5-year apprenticeship with the Local 100 union and recently passed his journeyman exam as a HVAC technician where he worked at Atlantis Services.
Kevin grew up camping with family and playing soccer. He became a proud supporter of FC Dallas and USMNT. He also enjoyed photography, music, and traveling to the Pacific Northwest. Even more important to him though was his faith in God, which rooted his traditional old soul. Some knew Kevin as a quiet, soft-spoken gentleman, but his adventurous, fun-loving side came out with his “Squad” of lifelong friends who shared a passion for soccer.
After three years of dating, Kevin proposed to Tasha on the front steps of their future house and married in September of 2020. As a team, they’ve spent the past two years remodeling, turning a house into a home. Kevin was a supportive husband while Tasha finished college for a career in speech therapy. In addition to house projects, they spent weekends watching soccer, TikTok, and eating take out. This year they welcomed Henry into their family, fulfilling his lifelong dream of having a Golden Retriever.
Kevin loved and was loved by his family and many friends. The younger of three children, he was very protective of his mother and sisters. He always put everyone first before himself.
Kevin is preceded in death by his father Randy Clark; grandfather George Clark; grandparents Jimmie and Rosemary Alderdice.
He is survived by his loving wife Tasha Clark and their puppy Henry; his mother and stepfather Amy and Chris Wright of Waxahachie; his sisters Andrea Clark of Waxahachie, Rosemary Trojacek, husband Kaleb, daughter Lucia of Ennis, Ben Clark and wife Jenn of Greenville; Stepsiblings Carson Wright of Waxahachie; Emily Maurer, husband Sheldon, daughter Norah of Slidell, LA, Alexis VeZain, husband Jeff, daughter Everly of Slidell, LA; grandmother Ann Clark of Greenville; aunts, uncles, cousins, family friends and his squad will forever cherish Kevin’s memory.

In lieu of flowers please consider donating to : https://www.givesendgo.com/G6FQR