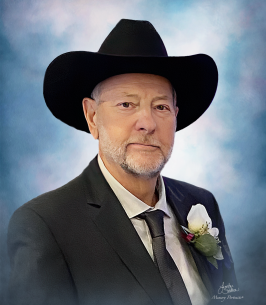 Larry Edward David left this earth for his heavenly home on August 25, 2022, at the age of 72, surrounded by his wife and three children.

Larry was born on January 18, 1950 in Taylor, Texas; at four he and his mother moved to Waco, Texas. In elementary school Larry met his child hood best friend Rusty Diehl, these two enjoyed sneaking out on Larry’s go-cart and getting caught by his mom, jumping off bridges, swimming the Brazos River while on the rise. “Accidentally” falling into man holes and possibly falling off of trees hitting every branch on the way down these are just a few of the adventures leading to graduating from University High School in Waco, class of 1969.

Larry married Anna Ruth Battle on August 14, 1970 in Waco, Texas who he later referred to as his rock, best friend and angel. A short two weeks after getting hitched Larry received a draft notice and one month later was sent to Boot Camp in Fort Ord California. Larry was in the U S Army from 1970-1972, and deployed to Vietnam September 1971 through August 1972. Larry was in the field artillery and fired a 105mm Howitzer, he was with the 101st Airborne Division, and 182nd Infantry Brigade, he served two tours and earned two Bronze Stars.

After returning from Vietnam, Larry, Anna and Larry John began their journey. Larry earned an Associate Degree from TSTI in Air Conditioning, Heating, and Refrigeration; desiring and achieving to open his own business A & D Mechanical Services in Waxahachie, Texas. There he proudly worked with some of his best friends his two sons. Larry led his life as an example of hard work, love and loyalty he had for his family. Larry was a strong man, often times being referred to as “a man who looked like he could go bear hunting with a stick.”

In Larry’s down time, he enjoyed: throwing balls for Star, hunting, fishing, taking care of his 12 rose bushes and riding in his Case Tractor mowing grass. Larry loved being outdoors and always enjoyed spending time with his grandchildren and of course his favorite daughter Deanna. Some of Larry’s best time was spent during the holidays when all of the family was together, he loved the laughter, teasing each other, and the closeness the family always shared.

Larry took his role as the spiritual leader of the family serious he enjoyed attending church at Saint Joseph Catholic Church of Waxahachie. Larry was also a member of the Knights of Columbus. One of the many things Larry was proud of is all of his children and grandchildren love the Lord.

Larry was loved, admired and will be leaving a large missing piece to our family puzzle.