To share your memory on the wall of Larry Woodall, sign in using one of the following options:

Larry owned and operated L & J Manufacturing Jewelers in Waxahachie for 25 years. Many will miss his expertise in artistic design with his custom jewelry pieces. He was known as the “Generous Jeweler” and for his upstanding integrity and honesty. He was a member of Farley Street Baptist Church. Larry was a dedicated family man who put God first in his life, enjoyed the coffee shop atmosphere, and had a special place in his heart for the youth…especially his two grandkids. He dedicated over 15 years of his life to the Waxahachie Youth Baseball League; coaching, volunteering, and umpiring.

He is survived by his wife, Janice Penix of 38 years, son Aaron & wife Rannette and two grandchildren – Axton & Byrdie all of Waxahachie. He is also survived by his four sisters; Dorothy and husband Tom West, Sandra Hale, Barbara Hough, Brenda and husband Jay Gore as well as his step-brothers Ricky and wife Debbie Gentry, Danny and wife Shelly Gentry and step-sister Carlene and husband Corky Nance and numerous nieces and nephews. He is preceded in death by his parents.

The visitation will be held on Friday, February 21st from 6:00 – 8:00pm at Boze Mitchell McKibbin Funeral Home in Waxahachie.

The celebration of life will be held on Saturday, February 22nd at 2:00pm at Farley Street Baptist Church, 1116 Brown Street, Waxahachie, Texas 75165.

Receive notifications about information and event scheduling for Larry

We encourage you to share your most beloved memories of Larry here, so that the family and other loved ones can always see it. You can upload cherished photographs, or share your favorite stories, and can even comment on those shared by others.

Posted Feb 22, 2020 at 02:17pm
Dear Woodall Family,
We are so sorry for your loss. Our thoughts and prayers are with you during this time.
Love,
Bill and Leslea Midkiff & family
Comment Share
Share via:
MC

Posted Feb 21, 2020 at 01:47pm
Janice, Aaron, and family,
We were so sad to hear of Larry's passing and so sorry we have not been able to get together in the last several years to spend time with you. Craig and I used to love to come out to visit and play canasta with you and Larry (after you taught us how!) Larry made my wedding ring that I've been wearing for the past 32 years and it always reminds me of his smiling face. You all are in our thoughts and prayers. RIP Larry Joe!
Craig & Mary Coon
Comment Share
Share via:

Posted Feb 21, 2020 at 03:25am
Deeply saddened by the news of Larry's passing. We will cherish the jewelry pieces he worked on for us. We thoroughly enjoyed each and every visit we had with Larry and Janice whether it was at the shop or elsewhere. We will truly miss stopping by and catching up with him and sharing stories. Although we grieve his absence, we rejoice in knowing he is with our Lord and Savior. Janice, please do not hesitate to call should you need anything. Your friends, Mike and Marilyn 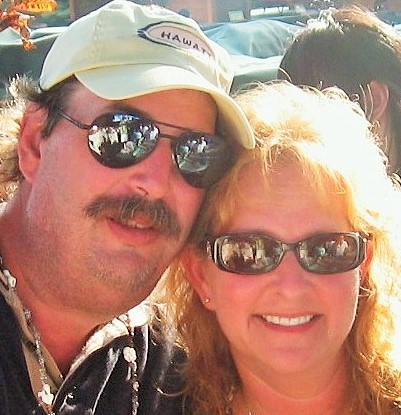 Posted Feb 20, 2020 at 09:25pm
My deepest condolences along with loving thoughts and prayers to you, Aaron and the family, Janice. I have such wonderful memories of baseball together. He loved the youth and was passionate about the game of baseball. Much love, peace and comfort to you all from our Heavenly Father during this time of loss.
Comment Share
Share via: 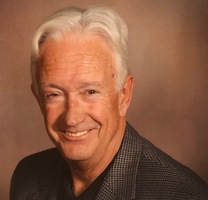 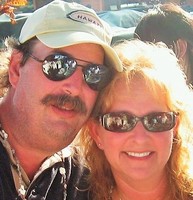