To share your memory on the wall of Wallace Westerdale, sign in using one of the following options:

Wallace was a brilliant math teacher and had a great skill with mechanical things. He was an antique car enthusiast and founding member of the Hudson Club. He loved restoring old cars and owned several Hudsons, Kaisers, and various other automobiles that he had restored or, was currently working to renew. He loved to tell stories and possessed a remarkable memory.

Possibly his only nemesis was his cell phone or the television remote control. He affectionately referred to his “smartphone” as a “dumbphone.” It has been noted that he had such difficulty with his phone that he could delete a contact just by looking at it!

Wallace is survived by one daughter & son-in-law, Vicki and George Cerniglia, granddaughters Kimery Shepherd and Jodi Porter and four great-grandchildren. Additionally, he is survived by two sisters.

He will be laid to rest in the city of his birthplace, Macomb, Illinois, at a date and time to be determined.

To plant a memorial tree in honor of Wallace Westerdale, please visit our Heartfelt Sympathies Store.

Receive notifications about information and event scheduling for Wallace Westerdale

We encourage you to share your most beloved memories of Wallace Westerdale here, so that the family and other loved ones can always see it. You can upload cherished photographs, or share your favorite stories, and can even comment on those shared by others.

Posted Mar 10, 2021 at 05:31pm
We are so sorry for your loss. Your father must have been a brilliant man because he raised an equally brilliant and amazing daughter. We love you Vickie and wish we could be with you and George during this time. May the Lord cover you with His feathers, and may you find refuge in the shadow of the Almighty.
Pastor Russ and Mary Madill
Comment Share
Share via:
KB

Posted Mar 10, 2021 at 02:57pm
I am so sorry for your loss. I always looked forward to Wallace coming into my shop in hopes that I was able to stop and visit with him. He had a lot of stories and he would educate me on the old cars. The last time he was in here he brought me a picture of one of his Hudsons that was in a book or magazine and shared that story with me. He was a very interesting man and I will miss him.
I feel blessed to have known him. Kim Butler - Tire Town
Comment Share
Share via: 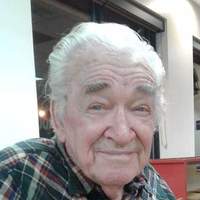