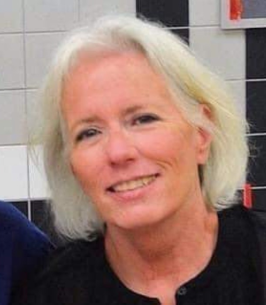 Lyne was greeted at the heavenly gates by the love of her life, Danny Knight Sr., and her parents, Everett and Betty Sandidge.

She is survived by her, children: John & Angie, Danny & Amy, and Heaven & Jared; Grandchildren: Mackenzie, Jalyn, Mason, Landry, London, Madelyn, Jax, and Broox. Her sister-in-love, Kathy Hall, and countless nieces and nephews. Lyne’s sister, Lee Burton and her husband, Jeff, and their children and grandchildren.
In addition to family, Lyne had countless friends that have reached out to share their pain of her passing, because of their love for her and her fierce love for them.

Lyne, of Waxahachie, was born in Dallas, on February 14, 1956, to Everett and Betty Sandidge. She won her angel wings on May 25, 2022, at Baylor Scott & White Medical Center in Waxahachie. Funeral services will be at Boze- Mitchell McKibbins in Waxahachie on Monday, May 30, 2022 at 10am. Burial services will follow at the Waxahachie City Cemetery. Visitation will be held on May 29, 2022 from 6pm to 8pm at the funeral home.

She was the youngest of her parents’ two children. Lyne was raised in Oak Cliff, where she graduated from Kimball High School in 1974.

On May 4, 1974, she met Danny Knight at his best friend’s wedding. They married on November 16, 1974. Lyne and Danny were married for 47 years, before he went to be with his Heavenly Father.

Danny was diagnosed with kidney disease in 1975, when he joined the Air Force. Lyne was a natural caregiver and spent the majority of her marriage attending to Danny’s health needs. They were blessed with three phenomenal children and eight beautiful grandchildren, that she believed were absolutely perfect in every single way. Her love for them was infinite.