To share your memory on the wall of Marshall Chambers, sign in using one of the following options:

Marshall graduated from Italy High School in 1959 where he played basketball and football. He was a member of the FFA, and he was his senior class vice president. After graduating he attended Navarro Junior College. He followed in his grandfather’s footsteps and became a barber. A few years later he went to work for Firestone. A chance meeting with a friend changed his career path forever, and he went to work for International Harvester as a Fleet Salesman. His career spanned nearly 50 years where he worked for Peterbilt, Dallas Freightliner and he recently retired from MHC Kenworth. During his career he won numerous awards over multiple years for Top Salesman in the United States, and World’s Best Salesman. He was respected by not only his peers and competition, he also had a loyal customer base. They always appreciated his honesty and willingness to go above and beyond to take care of them. Many of his customers followed him from the early days of his career until he retired.

One of Marshall’s favorite past times was riding, training and breaking horses. His love for horses started when his parents bought him a little horse named Sandy when he was a young boy. He passed on his passion for horses to his girls. He attended many team ropings and competitions with his horses.

Marshall enjoyed spending time watching westerns. His favorite shows were the Lone Ranger, Gun Smoke, The Man from Snowy River, Lonesome Dove, and Tombstone. He watched those movies so often; he could quote lines from them. When his children were younger, he spent every weekend with them watching Saturday morning cartoons.

With all his accomplishments, he was the most proud of being a dedicated husband, father and being called Papa. He was a giant among men. He was kind, thoughtful, and put others before himself. His family was always his priority. He worked very hard to provide for them, and always made sure he made time for his children. He never missed any of their events from Pee Wee cheerleading and drill team to college graduations and marriages. He was honorable, trustworthy, and the type of man that his word was his bond and a handshake was as good as any written contract.

Marshall was a 32 degree Master Mason with Scottish Rite of Freemasonry, Supreme Council, 33 degree, Southern Jurisdiction for the Sam P. Cochran No. 1335 Grand Lodge of Texas for 45 years.

Marshall was loved by so many family and friends. He has left a huge hole in our hearts. We will carry the wonderful memories of him with us forever. We can rejoice that he has finally been reunited with his parents, his brother and most of all his beloved wife.

Memorial contributions may be made to Scottish Rite Hospital for Children of Dallas.

Receive notifications about information and event scheduling for Marshall

We encourage you to share your most beloved memories of Marshall here, so that the family and other loved ones can always see it. You can upload cherished photographs, or share your favorite stories, and can even comment on those shared by others.

Posted May 05, 2021 at 05:40am
Condolences to Michelle and family. I know you loved your daddy with your whole heart! I'm truly sorry for your loss of this great man.
Love and Prayers
Lia (and Tony)
Comment Share
Share via:
HS

Posted May 01, 2021 at 01:58am
I grew up with Michelle, Tiffany and Marsha and spent a lot of time with Barbara and Marshall. There’s was a happy home and the love the parents shared was easy to see. Marshall was a larger than life role model and always had a smile to share, an ear to listen and usually a story to share. I treasure the memories I have and feel a peace knowing that Barbara was there ready to greet her sweetheart. I can imagine the catching up they are doing and know they’ll be keeping an eye on us down below. My love and prayers to you girls..

Posted Apr 30, 2021 at 02:11pm
I am so sadden by the passing of Marshall. He was always so kind to me during our time together at MHC. Especially during the loss of my dad. He was a dominant figure in the trucking industry achieving legendary results during his time. I am honored to have known and worked with him. We will be in prayer for the family for peace and comfort during this time.
Comment Share
Share via: 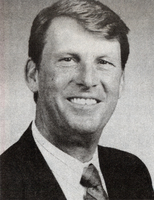 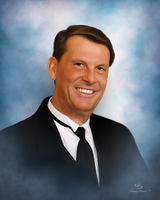