To share your memory on the wall of David Zahrndt, sign in using one of the following options:

David was the Director of Fine Arts at Grapevine-Colleyville ISD with previous positions at Desoto ISD, Red Oak ISD, and Carrollton Farmer’s Branch ISD in the field of music education. His passion was music and the arts in all forms. He enjoyed spending time with his family as well as working with music and fine arts educators across the state of Texas.

In lieu of flowers, memorials can be made to the Zahrndt Family Memorial Account. The benefit account is held with Community National Bank & Trust of Texas,

To plant a memorial tree in honor of David Zahrndt, please visit our Heartfelt Sympathies Store.

Receive notifications about information and event scheduling for David Zahrndt

We encourage you to share your most beloved memories of David Zahrndt here, so that the family and other loved ones can always see it. You can upload cherished photographs, or share your favorite stories, and can even comment on those shared by others.

UNT College of Music Dean's Suite and Office of Development

Posted Apr 07, 2021 at 12:45pm
Zahrndt Family, We are deeply sorry to hear about David’s passing. As you grieve, please know that all of us in the UNT College of Music are remembering and honoring his time as a Performance major at our university. As we celebrate the impact David had on the UNT College of Music and the graduating class of 1999, we send our most heartfelt condolences to your family. David will be missed dearly and remembered fondly. We are here for you during this difficult time. Please do not hesitate to reach out. Sent with love and remembrance from Dean John W. Richmond, the College of Music Development Office, and the entire UNT College of Music.
Comment Share
Share via:
CM

Posted Mar 26, 2021 at 08:57am
"Zahrndt" brought so many gifts to our life. We will never forget the music, the laughter and the artistry he shared with all all of us.

Posted Mar 17, 2021 at 06:03pm
Cristi, Julie & Drew, my heartfelt thoughts & prayers are with you as you walk through this difficult time of transition.

Posted Mar 14, 2021 at 10:05pm
I was extremely shocked and sad to hear of Mr. Zahrndt's passing. Mr. Zahrndt was my high school band director during my freshman and sophomore years at CHHS. He always looked out for me as a musician and student. One thing that impressed me was how much he cared about the well-being of each student; he was committed to helping us all be successful not just in band, but in our high school experience as a whole. He was one of the most trusted and respected mentors of my high school years. He was also one of the directors on the Lone Star Ambassadors Europe Tour during the Summer after my freshman year, one of the best experiences of my life, and I am glad he was a part of that as well. He even wrote a letter of recommendation for me when I was applying for college, even though he was working at another school district by that time.

I want to express my heartfelt condolences to his family and all his loved ones. I want them to know that he had a very positive impact on my life. I am better and wiser for having known him, as I'm sure are many other former band students like me.
Comment Share
Share via:

Thank you so much for sharing

Posted Mar 13, 2021 at 05:36pm
We have lost a well respected, educator, musician and mentor. We are deeply saddened to hear of Mr. Zahrndt's passing. He possessed quiet, yet strong leadership and was greatly admired by his band students and staff. As one of his former lead chaperones for Colleyville Heritage High School Band, I had the privilege of working with David on a very frequent basis from 2011-2013. He always treated his chaperone team with respect and gratitude. His was communicative and very helpful to me and the entire chaperone program. He loved his position as head band director and was extremely dedicated to the band's successes. Whether in a daily routine in the band hall or in preparing for concerts and competitions, he was tremendously connected.

Mr. Zahrndt was a special mentor to my son, Grayson, who played trumpet. Grayson was passionate about his playing and with the support of Mr. Zahrndt, Grayson continued to excel. He was always complimentary of Grayson and gave him personal attention and instruction. He along with Mr. Jeff Ausdemore, the percussion director, they guided Grayson as he pursued All-State Band, as well as in marching with Carolina Crown in DCI, Drum Corp International. As both directors had marched with DCI before, they were able to assist Grayson with recommendation letters and encourage him through auditions to acceptance. We will always be grateful to them for their help throughout the process. Even after Grayson graduated high school, and Mr. Zahrndt became the Fine Arts Director of GCISD, David continued to support Grayson as he pursued his masters in trumpet performance....This is an example of a true, great educator.
Mr. Zahrndt will be greatly missed. Sincerest condolences to his family; especially his wife, Cristi and children, Julie and Andy. He spoke of them often when we would ride the bus together to and from football games and competitions. He simply adored them.
Mr. "Z" is now resting in eternal peace with our Heavenly Father. 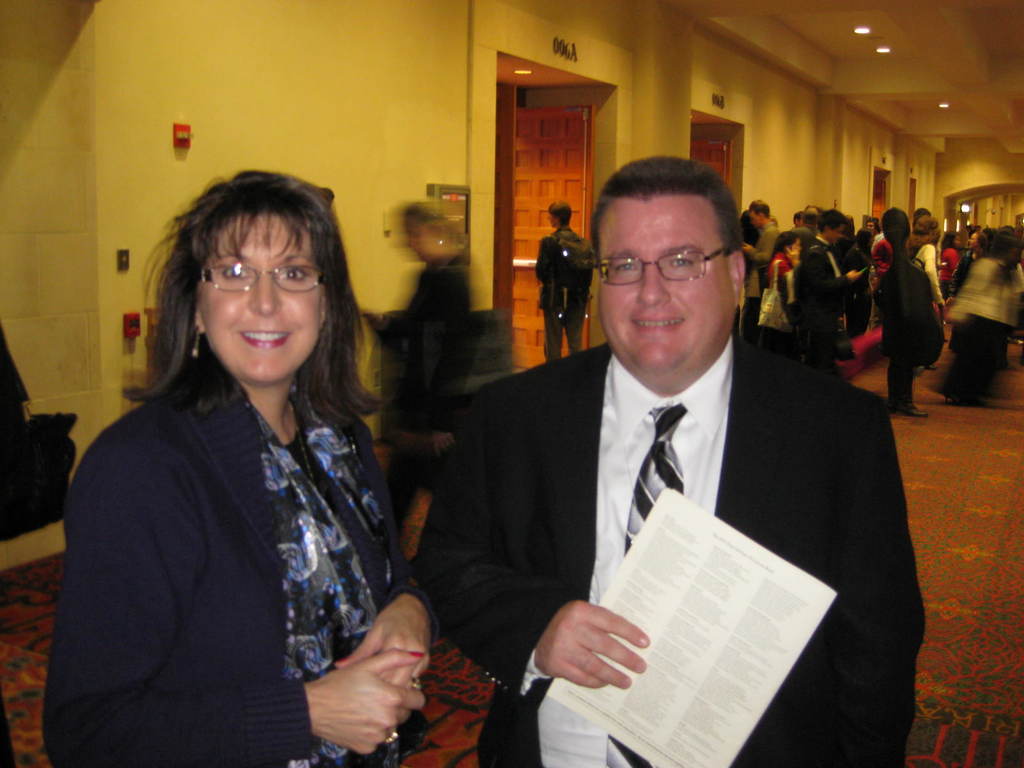 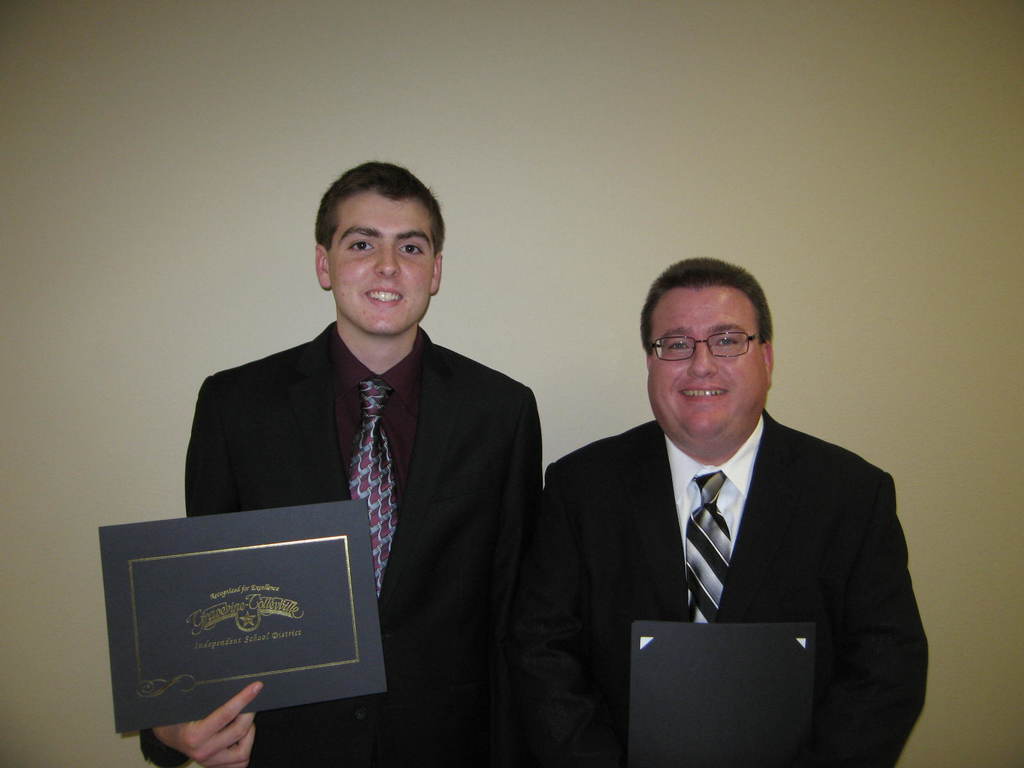 Thank you for these pictures 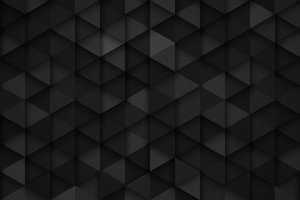 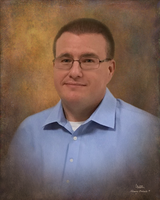 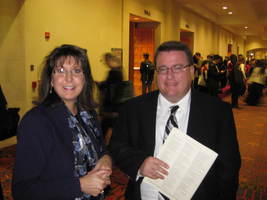 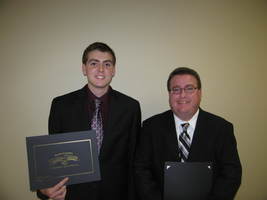