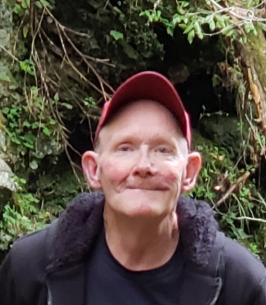 Melvin Monroe Coffman, of Waxahachie, Texas, passed away peacefully at his home on September 5, 2022 after a long battle with heart failure.

Melvin was born on November 6, 1954 to Amos and Mellie Coffman in Dallas, Tx. He grew up in Pleasant Grove with his 3 brothers Jerry, Dewayne, Howard and his sister Patricia. He was a loving brother, often making dollhouses out of tomato crates for his sister to play with.

When he was a teenager, he began his career at Minyard’s grocery store where he worked for over 40 years before retirement.

In 1994, Melvin met Clarissa Armstrong, who he described as the one he fell in love with after just one look, and they wed in 1998. Their times together were spent adventuring in the car and taking journeys with their children. Whether the destinations of those trips were to drive until you get to Oklahoma, grab a sandwich from the bomber in Arlington, or grab some Dublin Dr. Pepper, you never knew until you were on the way. Melvin enjoyed cooking for his friends and family. He could make the best potato salad and jazz up any instant meal to make it taste like it came straight from a 5 star kitchen. He was the only one allowed to bring instant mashed potatoes to Thanksgiving. He always enjoyed the challenge of a chili cookoff. Any reason for him to make something to show off his chef skills. He loved country rides on his motorcycle, if he wasn’t riding it then he was reading motorcycle parts magazines. He had a life story and lesson for everything, if you were standing alone too long at a family function then he had a story that he felt you needed to hear. When he was unwinding or relaxing he loved to put on the Nascar race and watch the beginning and end in-between his midrace nap. His favorite place to be away from home was down at Cedar Creek Lake to visit his friends at Rita’s.

After retiring, Melvin spent his time caring for his animals, enjoying taco Tuesdays and jamming out to classic rock.

Services will be held September 24, 2022 at 10:AM at Farley Street Baptist Church located at 1116 Brown Street, Waxahachie, Texas 75165 with Pastor Richard Smith officiating.