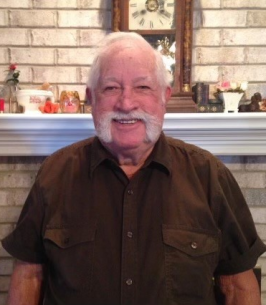 Neal Edwin Moore was born on October 29, 1936 to Doris and Alfred Moore in Mt. Vernon, Texas. He joined the Lord on April 28, 2022. Neal is remembered as the most dependable and helpful man; a man who would always make good on his word. He was a rock in any emergency. A lifelong Baptist, Neal was a believer.

Neal enjoyed the outdoors, and could often be found in the woods, with his dog, hunting squirrel, dove and rabbits. He also enjoyed target shooting. These things reminded him of his childhood and brought him a lot of joy throughout his lifetime. Neal was a consummate camper. He was ready outfit those that needed gear, or who had forgotten theirs at home. Neal always had exactly what was needed. A fan of country and western music from the 40s, 50s and 60s, he also enjoyed Polka music.

Neal had only three jobs in his lifetime, most recently he drove a truck for Rodeway for 30 years. Most important was his job of Father, Grandfather, and Great Grandfather. Neal had two children - Deborah and Richard, two stepchildren – Valerie and Farrell, four great grandchildren, and sixteen great grandchildren. Neal deeply loved his family, friends and country. He thoroughly enjoyed any type of family gathering, especially birthdays. He looked forward to them every year, even though he’d always say, “Don’t go to the trouble”. It was apparent he was really proud of his biological and stepfamily. He would brag to anyone who would listen about each and every family member.

Visitation for family and friends will be held Friday, April 29, 2022 from 6:00PM until 8:00Pm at Boze Mitchell McKibbin Funeral Home Chapel in Waxahachie, Texas.

Graveside funeral services will be held Saturday, April 30, 2022, at 2:00PM at Hillcrest Cemetery in Forney, Texas.