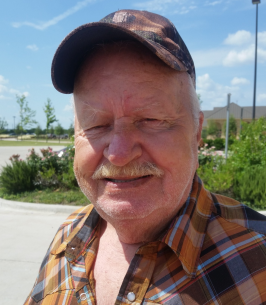 Paul Edward Justice was born September 24, 1946 to Elizabeth and Lawrence Justice, in Middletown, Indiana. He passed July 15, 2022. Paul made his living as a Truck Driver and Security Guard. He is remembered as a loving, stubborn, hardheaded man, who was quite the jokester.

Paul grew up on a farm in Indiana. Throughout his life he always enjoyed that lifestyle, tending to and raising farm animals. He could often be found watching westerns, or watching The Incredible Dr. Pol. He liked country music, and “the oldies”. He enjoyed fishing and traveling, but home was his favorite place of all. A Baptist, he believed in the Lord. Paul had a deep and unmatched love for his family.

He is preceded in death by his parents Elizabeth and Lawrence Justice; sister Betty Mitchell; granddaughters Brittany Justice and Lindsey Justice; and his special friend Oggy.