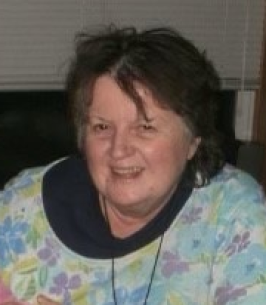 Reva Louise Smith Nitchman was born on April 25, 1946 in Yakima, Washington the third child and third daughter of William J Smith and Emma Pauline Easley Smith. She would become the middle child, later having a younger sister and brother. When she was born, her mother and father owned and operated a farm east of Sunnyside, Washington. When asked where Reva got her name, her mother would say that it was the name of one of her fathers girlfriends and then she would laugh.

When Reva was 5 years old, her parents bought the Village Market, a grocery store in Granger, Washington. There, Reva attended 12 years of school and graduated from Granger High School in 1964. Reva attended Ricks College in Rexburg, Idaho. She later moved to Seattle where she worked for Boeing, working on the 747 assembly line. While in Seattle, she met and married Sheldon Nitchman in 1971. Their life together would take them to Wyoming, Alaska, Hawaii, Arizona, Colorado and Texas.

Reva and Sheldons only son, Kenny, came into their lives in 1972. Reva was a lifelong member of The Church of Jesus Christ of Latter-day Saints and served in many callings in the Church. She had a testimony of her Heavenly Father and Savior, Jesus Christ.

Reva passed to the next life on August 20, 2022 in Waxahachie, Texas after a short battle with cancer. She is survived by her husband, Sheldon, son Kenny and wife Suzanne of Waxahachie, Texas, a sister, Rilla Jeanine Pace of Sandy, Utah and brother William and wife Janet Smith of Olive Branch, Mississippi. She is also survived by 7 grandchildren and 18 great grandchildren and numerous nieces and nephews. Reva was proceeded in death by her parents and two sisters, Martha Emelie Burke and Elizabeth Jane Smith.

Funeral services for Reva Louise Nitchman will be held on Thursday, August 25th at 10 am at The Church of Jesus Christ of Latter-day Saints at 2418 Brown St in Waxahachie, Texas.

A viewing will be held at the Boze Mitchell MacKinnon Funeral Home at 511 W Main St in Waxahachie on Wednesday, August 24th from 6-8 pm.