To share your memory on the wall of Robert Albers, sign in using one of the following options:

He is preceded in death by his parents and brother, Jerry Albers.

Funeral Services will be held at 3 PM on Sunday, August 2, 2020 at Boze-Mitchell-McKibbin Funeral Home in Waxahachie, Texas. Interment will follow at Waxahachie City Cemetery.

Receive notifications about information and event scheduling for Robert

We encourage you to share your most beloved memories of Robert here, so that the family and other loved ones can always see it. You can upload cherished photographs, or share your favorite stories, and can even comment on those shared by others.

Posted Jul 31, 2020 at 04:14pm
Uncle Robert was a hero and a treasure. He always had time to listen. He was patient and generous, never in a hurry. Always in a Cowboy hat wearing a smile. I have a lot of happy memories of our family getting together for BBQs and holidays sharing stories, listening to music and lots of laughter. My cousin, Jenny, is one of the most beautiful and sweetest girls I know. The sister I never had... and today her heart is broken and mine with hers. Your daddy loved you and your family so much. He's always with you and he's proud of the person that you've become. You will be missed, Uncle Robert. Blessings on your family.
Your niece, Lena Dena
Comment Share
Share via:
MD

Posted Jul 31, 2020 at 02:04pm
Robert was my brother-in-law. He was so pleasant to be around. I enjoyed listening to his stories about the political climate as well as the VFW. He cared deeply about other veterans. I loved him dearly and he will be greatly missed.
Comment Share
Share via:
GW

Posted Jul 30, 2020 at 09:08pm
There is so much I could say about my very close friend, it would be a book. We met in the early 70’s and shared a house on Vickery Ave. Dallas. From there we moved on to other locations but it was always easy living with Robert. He served as my Best Man and I was his at our weddings. He sold me his Harley in 1978 which is still in the family with my son. I remember his Blue Dodge Road Runner that we had so many travels running the streets. He was the most generous man I have known, willing to share anything he owned and be the perfect Wingman while cruising the clubs of Dallas. Today was a hard day for me knowing he is not around physically but he will always live in my memories as I think of the fun times and experiences we shared. As believers in Christ I am certain we will meet again and when we do, there will be smile on each of us. As the saying goes, he was my brother from another mother.
Love ya Bro. 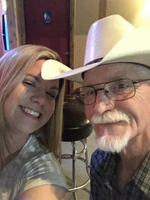 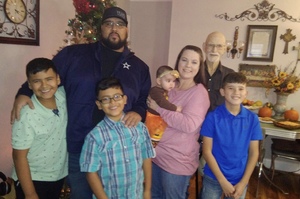 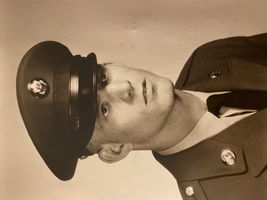