To share your memory on the wall of Ronnie Larkin, sign in using one of the following options:

Ronnie loved to shoot his pistols, play with his grandchildren, BBQ’s, and listening to his bible studies while driving down the road. He also loved all genre of music but especially loved playing country swing on his guitar and was extremely good at it. He loved to laugh and listen to other people’s stories. He was an advice giver but only if solicited and never imposing. He was a joy to watch and hear while talking about God. One day he told a story about how God stopped the rain for him. He would beam and say, “I was driving, and it would be raining so hard but the minute I had to get out of my truck at my destination, it stopped raining! I would tell God, thank you but I don’t deserve to be treated so good by you, but thank you.” The whole time he was telling the story his eyes would twinkle and he would begin to laugh.

Ronnie had an infectious love for God, family, and humanity. He had many qualities that most people can only dream to have. He could be stubborn at times, but he was a loving sincere man, who was always willing to help others. He will be missed and forever remembered.

He is preceded in death by his parents and grandson, Jaxon Larkin.

A memorial service will be held at 6 PM, Monday, January 4, 2021 at Boze-Mitchell-McKibbin Funeral Home in Waxahachie, Texas.

To plant a memorial tree in honor of Ronnie Larkin, please visit our Heartfelt Sympathies Store.

Receive notifications about information and event scheduling for Ronnie Larkin

We encourage you to share your most beloved memories of Ronnie Larkin here, so that the family and other loved ones can always see it. You can upload cherished photographs, or share your favorite stories, and can even comment on those shared by others.

Posted Jan 04, 2021 at 11:04am
Josh and i and jentry and my aon Matthew took a trip to texas back a few years ago for a family reunion. Well after the reunion i had said lets go make a visit to your dad and charlotte. As we proceeded to do. It was a wonderful visit. Forst time i met charlotte ronnie and the children. We had gotten a warm welcome. Something i will never forget. He sure was a great man. Rest in peace ronnie larkin. Sincerely jaxon larkin mother. Thank you for allowing me in your life and yout families.
Comment Share
Share via:
BJ

Posted Jan 03, 2021 at 10:26pm
Ronnie, you will live on in our hearts forever as a wonderful Christian, fabulous father, loving husband, and an inspirational brother love you Billie 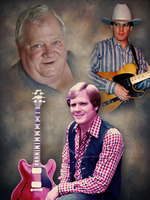 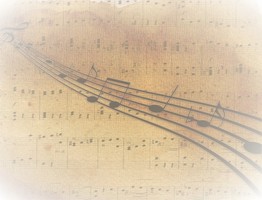