To share your memory on the wall of Sammy Reynolds, sign in using one of the following options:

Sammy is survived by two daughters: Colby Krause (Kurt) and Angie Ratliff (Jeff); six grandchildren: Chandler, Carson and Carter Krause and Jefferson, Fletcher and Evelyn Ratliff. He is also survived by one niece and two nephews and a host of beloved friends.

He was preceded in death by his parents and his brother, Philip Payne Reynolds.

A family graveside service will be held at 2PM on Saturday, May 23 at Hillcrest Burial Park with Jeff Reynolds officiating. There will be a larger Celebration of Life with family and friends to be scheduled at a later date.

Sammy loved his sports and he loved his Horned Frogs. He was a proud son, brother, father and uncle, and he will be greatly missed. In lieu of flowers, the family asks that donations be made in Sammy’s memory to the Dutch Meyer Scholarship Fund at TCU, c/o TCU Lettermen’s Association, TCU Box 29714 0, Fort Worth, Texas 76129.
Read Less

Receive notifications about information and event scheduling for Sammy

We encourage you to share your most beloved memories of Sammy here, so that the family and other loved ones can always see it. You can upload cherished photographs, or share your favorite stories, and can even comment on those shared by others.

Posted May 23, 2020 at 09:38am
There is this unwritten rule in nursing that says you are not to show your emotions when caring for your patients and that you are not to get emotionally attached to them. Only a robot would be able to maintain this code in my opinion and that was especially true with “Sammy”. I had the opportunity-no, the honour- of taking care of him during his last months with us. I knew him as a gentle soul yet strong. I will miss our small talk about sports and our light hearted banter. My thoughts go out to Colby, Kurt, Angie, his grandkids and the rest of his family during this time. May he Rest In Peace.
Comment Share
Share via: 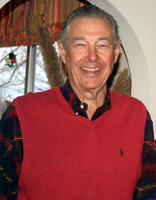 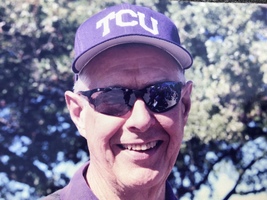 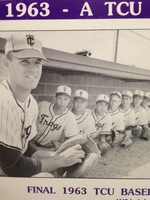