To share your memory on the wall of S N Davis, Jr., sign in using one of the following options:

Provide comfort for the family by sending flowers or planting a tree in memory of S N Davis, Jr.

Provide comfort for the family by sending flowers or planting a tree in memory of S N Davis, Jr.

S.N. was born on May 14, 1938 in Roaring Springs, Texas to Severe Newton and Mady Davis. As a young boy he played basketball and baseball, was a member of the FFA and worked at the local grocery store where he first learned to cut meat. Family and friends in the area knew him as Shag, a nickname given to him by his brother-in-law, Ted Kingery. S.N. married Nancy Terrell from Richardson, Texas on December 24, 1977 and they were happily married for 37 years. They loved to travel and have fun with their close friends.

S.N. served his country in the U.S. Army for 3 years. After the army he became an accomplished butcher in the grocery business. In his spare time, S.N. loved to hunt, bake desserts, craft candies, and try out new recipes. Later in life he enjoyed raising goats and loving on his “bulldogs” with his wife Nancy. S.N. was devoted to his family and friends. His family pays tribute to him and will miss him dearly.

We encourage you to share your most beloved memories of S N Davis, Jr. here, so that the family and other loved ones can always see it. You can upload cherished photographs, or share your favorite stories, and can even comment on those shared by others.

Posted Dec 29, 2020 at 03:25pm
As a little girl, my great uncle SN was a giant...a gentle giant. He was always smiling and gave big hugs. As I got older, he didn’t seem so much a giant... rather a kind man that gave big hugs with a quick smile. I have nothing but fond memories of him.

I am sad that I was unable to come to the visitation or service. My condolences to Chris & Gary & their families.
Comment Share
Share via:
HS

Posted Dec 29, 2020 at 12:32am
My mother, LaVern, always said she had the best little brother. He never missed a chance to send her chocolates. Uncle SN always doted on his big sister. Will be keeping family in prayer
Comment Share
Share via:
FB

Posted Dec 28, 2020 at 11:08pm
I believe that Uncle SN made the best brisket I've ever eaten. I remember when we would come back from Panama and stay with you and what a great cook he was. He will be greatly missed by all the family. Garrett and Chris, you and your families are in our thoughts and prayers. 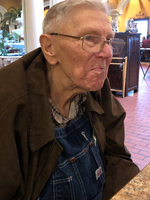 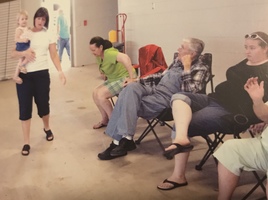