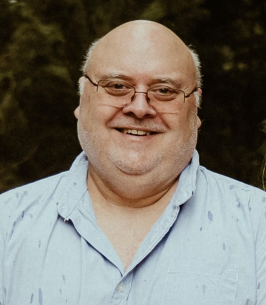 Steven Lane Lewis went to his heavenly home at the age of 63 on September 15, 2022, at his home in Waxahachie, Texas.

Visitation is Saturday, September 24, at Boze Mitchell McKibbin Funeral Home at 511 West Main in Waxahachie, Texas, from 1 p.m. to 3 p.m. Service to immediately follow at 3 p.m.

Steve was born on September 12, 1959, in Fort Worth, Texas, to Roy and Annette Lewis. He grew up on a small farm in Rendon learning the values of hard work and the importance of faith and family. Growing up, Steve worked hard cultivating the land, tending to livestock, and helping his parents build Rendon Church of Christ. He attended school in both Rendon and Mansfield, where he played baseball and was a member of the FFA. Steve married Christina Dee Davis on May 20, 1989. They have been faithfully married for 33 years and raised three beautiful children.

Steve was a highly accomplished industrial machine mechanic for over 35 years, and he worked for Bell Helicopter for 25 years. He was a vault of information and knowledge in many subjects. He could speak to historical events, list off random animal facts, and tell you the make, model, and year of vehicle driving down the road — no matter how old. He could hear a song and tell you the band, the lead singer, and what year it was released. He enjoyed spending time with family and friends, quoting scripture, and supporting his children in all their endeavors. Later in life, Steve enjoyed his tractors, antique trucks, raising cattle, and most of all spending time with his grandbabies. Steve was a humble, loving, and passionate man. He will be tremendously missed by his family and friends.

Steve is survived by his wife Chris; his children Chelsey and husband Brandon, Tanner and wife Elizabeth, and Kailey; two grandchildren James Brody and HenleeMae; his two brothers Randy and Kevin Lewis; nieces, nephews, great nieces, great nephews, and lots of friends. He is preceded in death by his parents Roy Lee and Gloria Annette Lewis.