To share your memory on the wall of Wayne Phillips, sign in using one of the following options:

As the son of a pastor, Homer was raised in the church and was a devoted life-long follower of Christ.  He was fiercely loyal to family and friends, and he was a strong believer in hugs!  He loved being around children and always had quarters in his pocket to pull from behind little ears.  Of all the titles that Homer carried over his lifetime, ‘Pepaw’ was his favorite by far!  He was never so happy as when surrounded by his grandchildren and his great-grandchildren.

In his spare time, Homer liked to tinker outside in the dirt.  He was always collecting seeds and plants and planning the next year’s garden.  It was his pleasure to serve as a Master Gardener for Ellis County for many years.

Receive notifications about information and event scheduling for Wayne

There are no events scheduled. You can still show your support by sending flowers directly to the family, or planting a memorial tree in memory of Wayne Homer Phillips.
Plant a Tree

We encourage you to share your most beloved memories of Wayne here, so that the family and other loved ones can always see it. You can upload cherished photographs, or share your favorite stories, and can even comment on those shared by others.

3 trees were planted in the memory of Wayne Phillips

Posted Dec 15, 2020 at 02:21pm
Homer had to be one of the sweetest people you will ever meet he always had a smile. My thoughts and prayers are with each of you. My heart is broken but I know Homer is in a better place. I love you Trudy and you mean the world to me. I'm always here if you need anything.....may you always hear him say "good morning beautiful" he loved you so much and it could be seen when he would see you. Love Twila
Comment Share
Share via: 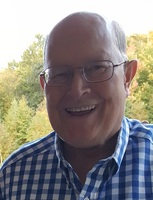