To share your memory on the wall of Alynn Sorensen, sign in using one of the following options:

She was born in DeKalb, IL on December 31, 1947, to the proud parents ... Read More
Alynn Marie Sorensen, age 72, of Waxahachie, TX formerly of Big Rock and Sugar Grove IL, claimed the promise of her savior on Friday, October 9, 2020 in Dallas, TX.

She was born in DeKalb, IL on December 31, 1947, to the proud parents of Wilmer “Lee” and Marion Austin. She grew up in Big Rock, on a small farm with a creek and woods with her four brothers, where new outdoor adventures were around every corner. Alynn graduated from Hinckley-Big Rock with the class of 1966 where she was a member of practically every club or activity they had to offer.

Early in life, Alynn embraced the love of God and was an active member of The Big Rock Baptist Church for nearly 40 years. She was known for her fiercely strong faith in God and her church. She sang in the choir, taught Sunday school, organized Vacation Bible School, studied the Bible with the Farther Lights Society along with anything else to be the hands and feet of her Heavenly Father.

In 1970, she married John Whildin of Sugar Grove and they made their home on the family farm in Sugar Grove, where they raised two children. In the early 80’s she and John went their separate ways. However, soon thereafter, she was lucky enough to find love again with Gerry Sorensen.

Gerry and Alynn shared an amazing love and faith in God and the church throughout their 38 years together and were eventually blessed with two daughters whom they raised in Waxahachie, Texas.

Upon her arrival in Texas in the early 90’s, her first task was to find a new home to replace her “home church” back in Big Rock. Fortunately, Gerry, Alynn , and “The Girls” (as they were always known) quickly landed at Heritage Baptist Church, where she picked up by throwing herself into church activities there. One of her favorite things was being the director of the Mother’s Day Out program. This allowed her to be around countless young children she could watch over, while teaching them about God’s love via songs and Bible stories. Gerry and Alynn eventually ended up at The Baptist Church of Maypearl, which she called home until her death.

She was preceded in death by her parents; her father-in-law, Arnold Sorensen; and her two beloved brothers, Larry and Dana Austin. Although her strong will and able spirit fought, cancer claimed her life beyond human hands only for her to claim the gift of Heaven.

Alynn’s love for her family was as strong as her faith. She loved unconditionally and was known to see the good in everyone. She taught her children and grandchildren to live by the Golden Rule, and to always keep an eye out for the “little guy.”

She was a legendary socializer, she loved anything to do with music, and could usually be found humming a happy tune. She loved staying up late, drinking coffee, telling stories, laughing and crying with her family and friends. When she wasn’t doing something for her family, she was doing something for her friends or her church. Her generosity of spirit and her enthusiasm for life were unmatched.

Once we are able to safely gather together again, memorial services in both Texas and Illinois will take place and we will be glad to post logistics on Facebook.

Until then, please hug your friends and loved ones a little longer, hum a happy tune and think about Alynn.
Read Less

Receive notifications about information and event scheduling for Alynn

There are no events scheduled. You can still show your support by sending flowers directly to the family, or planting a memorial tree in memory of Alynn Marie Sorensen (Austin).
Plant a Tree

We encourage you to share your most beloved memories of Alynn here, so that the family and other loved ones can always see it. You can upload cherished photographs, or share your favorite stories, and can even comment on those shared by others.

Posted Oct 12, 2020 at 09:38pm
Our loss is heaven's gain 🌹 Alynn gave me the first job I ever had back in 2007, nursery "teacher" at the MDO at Heritage Baptist. She was also a presence in our church at the time. She was a constant and patient guide in helping me get settled and in getting all those babies on a good schedule throughout the week.

Alynn was from the north, and when my aunt Deb took me on a trip to Wisconsin and Illinois in fall '09, I came back and told her I was reminded of her the whole time I was up there because everyone had her accent! She thought that was so funny. She also knew about Door County - Washington Island, Fish Creek, Ephraim and all those other nostalgic little towns up there (not a lot of people around here do!) And where to go to see the best fall colors. She loved her family more than anything and was always talking about her children and grandchildren who still lived there.

And she loved coffee!

Best of all, if you knew Alynn, you knew that she made it a point to keep in touch with you long after the two of you had parted ways..even if it was just on Facebook. I am so thankful for that and for all the good memories she gave us. Rest in peace, Mrs. Alynn 💟
Comment Share
Share via:
RW

Posted Oct 11, 2020 at 04:18pm
Our heartfelt condolences go out to Alynn’s family. She was an inspiration to so many of us, wise beyond her years and what a wonderful friend to have most of my life. She will be remembered!
Comment Share
Share via: 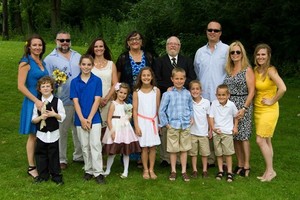 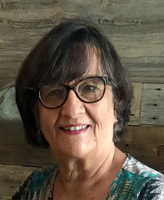