To share your memory on the wall of Billy Duncan, sign in using one of the following options:

Print
On Thursday, April 2, 2020, Billy Joe Duncan, loving husband and father of four children, passed away at the age of 54.

Billy was born on September 26, 1965 in Portland, OR to Elmer and Barbara Duncan. On June 5, 1982, he married Florence Esther Bishop and together they raised four children but still he was a father figure to many others.

Billy was a man of many pursuits and talents including pursuing his master ASE mechanic certification, operating his own auto repair shop, and driving commercial truck across the country. In 2001, Billy elected to pursue a passion to help those in need of substance rehabiliation by receiving his associates degree in substance abuse counseling. He led, taught and facilitated numerous substance abuse recovery groups across the state of Texas while sponsoring countless individuals on their road to recovery.

As evidence by his career choices, Billy was dedicated to doing his best to help improve things that were struggling and needing another chance; whether that be people he has never met or cars that needed repair.

Posted Apr 07, 2020 at 11:20am
I remember Billy as a Gentleman and good father. I also remember how is daughter in Children’s church would ask every week for me to pray for her daddy Salvation. And yes it came to pass that Billy ask Christ in to his heart. Enjoy heaven Billy we will join you someday. To his family I will be praying that God love and peace Comfort you during this time.
Love Bill Levy
Comment Share
Share via: 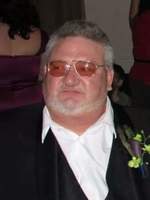