To share your memory on the wall of Dr. Daniel D. Friesen, sign in using one of the following options:

Provide comfort for the family by sending flowers or planting a tree in memory of Dr. Daniel D. Friesen

Provide comfort for the family by sending flowers or planting a tree in memory of Dr. Daniel D. Friesen

Dan was born and raised in Lake Charles, LA, on March 8, 1961, the first of three boys born to James Richard and Billie Ruth Friesen. In high school, Dan was a National Merit Semifinalist, and was a member of the National Honor Society, Special Chemistry, Interact Club, Mixed Chorus, Honor Chorus, All State Chorus, and Chamber Choir, as well as the Literary Rally Overall Winner in Chemistry, a tremendous honor showing college admissions officers the student’s dedication to commitment, time management, and leadership.

Dan graduated in 1979 as the Valedictorian of La Grange High School in Lake Charles. He went on to further his education at McNeese State University in Lake Charles, earning a Bachelor of Science Degree in Chemical Engineering and a Master’s Degree in Business Administration. Dan went on to earn his Ph.D. in Management Science at the University of Texas at Arlington in 1997.

Dan worked at three universities as a professor in the College of Business: Northeastern State University in Tahlequah, OK; Midwestern State University in Wichita Falls, TX; and most recently at the University of North Texas at Dallas in Dallas, TX. There, he served as both a tenured Associate Professor of Business and as the Assistant Dean of the School of Business. In his professional life, Dan was known to many as the voice of UNT Dallas for announcing the names at graduations and other ceremonies. With a Ph.D. in Business Administration, Dan was well-known in the fields of statistics and decision sciences. He was an ASQ Certified Quality Process Analyst with academic experience spanning more than 30 years. His brilliance was evident in his research, which was published in numerous journals and scholarly publications and was a passion he continued while taking on increasing responsibilities in the School of Business.

Dan was a rare individual, possessing academic greatness along with a unique sense of humor that made him a favorite among students and colleagues. He was an easygoing problem-solver, highly respected by his peers, appreciated for his thoughtful approach to leadership, his avid support of students, his sense of calm and logic, his collegial support and productivity, and his well-modulated voice of reason. Always the first to send a greeting when passing a peer in the hallway, Dan was also known for making new business faculty members feel welcome. His kindness went beyond the School of Business to the greater campus community. Dan’s length of service to the university afforded him the ability to lead and serve on multiple committees in all areas of academia. His knowledge and insight were shared across the university where his kindness, support, and work ethic earned him the respect of others. He touched the lives of so many colleagues and students, not only at UNT Dallas, but also at Midwestern State University and Northeastern State University.

Dan had many hobbies. Among them were football (he taught his wife everything she knows about the game), Tai Chi, Kung Fu, playing the guitar, reading, traveling, growing roses his wife would buy, and taking care of the lawn. In his younger years, Dan enjoyed helping with the rehabilitation of injured raptors in Wichita Falls and Allen, TX. Dan enjoyed the mountains and visiting the National Parks with his wife and nieces. He also fancied himself a mixologist of cocktails and was known to some family members as Dr. Martini because of the way he could craft the drink. (We were members of his own secret society.) He also occasionally indulged in a cigar with his buddies. Among Dan’s favorite movies and television shows were Guardians of the Galaxy, The Matrix, Star Wars, Big Bang Theory and Chuck, and he had a razor-sharp memory for quoting lines from each one. With his eclectic taste in music, Dan would surprise listeners with all genres of music from classical to flamenco guitar to Celtic. He was also an early adopter of Dungeons & Dragons, and had been playing the role-playing game since he was a teenager.

Dan enjoyed spending time with his family at Thanksgiving, Christmas, and Easter, and attending family reunions in East Texas as well as family vacations at Bolivar Peninsula and Galveston beaches. Dan exceled at strategic card games and routinely wiped the floor with his cousins – though he lamented that he wasn’t always able to beat his brothers!

Dan married the love of his life, Janine, on November 26, 1998, at Dalhousie Castle near Edinburgh, Scotland, in a fairy tale wedding. They also honeymooned there and enjoyed the sites, culture, and cuisine of the country. They spent many happy years traveling to National Parks in the United States and Canada, and also to other parts of the country as well as around the great state of Texas. Dan was a wonderful husband and friend with a generous nature, a grand sense of adventure, and generous spirit – never failed to offer help to family, friends, and students.

Dan was a great favorite wherever he went. He will be missed by all who knew and loved him, and by those whose lives he touched through education and his work ethic.

Dan’s favorite charities were Wild Bird Rescue in Wichita Falls, TX; the Blackland Prairie Raptor Center in Allen, TX; the Humane Society of Cherokee County in Tahlequah, OK; and Panther City Feral Cat Coalition in Fort Worth, TX. In lieu of flowers, please send donations to the charity of your choice in honor of Dr. Daniel D. Friesen, Professor Extraordinaire.

A Memorial Service will be held at 2 PM, Saturday, October 31, 2020 at Boze-Mitchell-McKibbin Funeral Home in Waxahachie, Texas.

We encourage you to share your most beloved memories of Dr. Daniel D. Friesen here, so that the family and other loved ones can always see it. You can upload cherished photographs, or share your favorite stories, and can even comment on those shared by others.

Posted Nov 01, 2020 at 02:43pm
Janine,
Thank you for sharing the beautiful pictures and giving all of us a peek into your life with Dan. My prayers are with you and your family during this time as you travel on your journey through life.
Comment Share
Share via:
JR

Posted Oct 31, 2020 at 11:09pm
Daniel was a student in my choir at La Grange Middle School in Lake Charles, Louisiana many years ago. I was just a tiny dot in his amazing life, but Daniel was one of those “kids” that always stayed in my heart. I always remembered his red hair, his wonderful singing voice, and his great sense of humor. The last time I saw Daniel was at a reunion with the director of the La Grange High School Choir. Condolences to Daniel’s family and friends as I pray for your comfort. 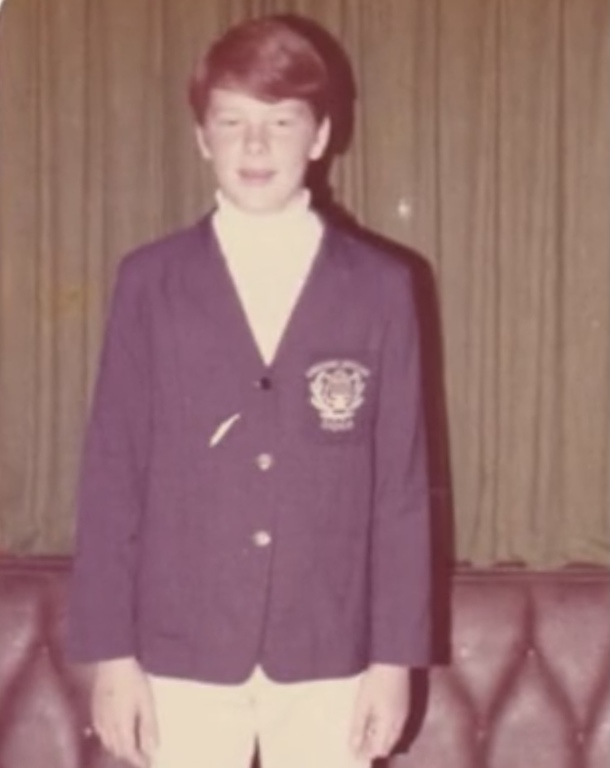 Posted Oct 31, 2020 at 12:04pm
Sent with love and remembrance, thinking about you during this difficult time. Keeping you in our thoughts and prayers.

Posted Oct 30, 2020 at 03:01pm
Dan and I were colleagues at Midwestern State University. We collaborated on several academic research papers. Dan was brilliant. He possessed a unique, sophisticated sense of humor. His presence made the world a better place. Godspeed my good friend.
Mike Patterson

Posted Oct 29, 2020 at 12:39pm
In loving memory of the Professor Extraordinaire :) From Brenda Bodine and Krista Snuggs 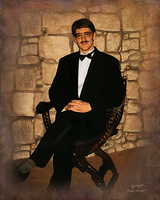 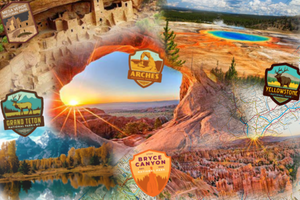 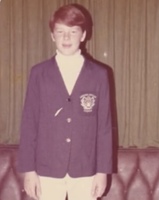