To share your memory on the wall of Edward Dahl, sign in using one of the following options:

His father, John, died when Ed was very young and Bennett Ellingson became a strong and influential father figure to Ed. Being on Bennett’s ranch is where Ed grew to love working with heavy equipment, building things, and engineering. He graduated from Washington State University in May of 1963 with a BS in Mechanical Engineering. He then joined the United States Air Force as a mechanical engineer retiring as a Lieutenant Colonel. He was stationed at Edwards Air Force base and managed many projects including wind tunnels, aerospace, and missile defense systems.

He was also a businessman owning and running a construction company in Swink, Oklahoma and a Convenience Store in Valliant, Oklahoma. He would say his real home here on Earth was in Swink, Oklahoma with his wife where they built there home and life together.

He married the love of his life, Avis Blair, on August 22, 1970 at the Little Church of the West in Las Vegas, Nevada. He spent the next 50 years devoted to her and created a family who love’s each other deeply and God even more.

To plant a memorial tree in honor of Edward Dahl, please visit our Heartfelt Sympathies Store.

Receive notifications about information and event scheduling for Edward

We encourage you to share your most beloved memories of Edward here, so that the family and other loved ones can always see it. You can upload cherished photographs, or share your favorite stories, and can even comment on those shared by others.

Posted May 24, 2021 at 07:21pm
Jody and I are so sorry for your loss. We remember Ed's glorious smile. Such a good man. You all are in our prayers.
Comment Share
Share via:
CL

Posted May 24, 2021 at 07:04pm
Ed was so special to Calvin & I. Avis you,Ed & your boys just always felt like our family. We've known you since I was back in school & we were in the old church building. He will be greatly missed & he has earned his place in heaven. May God give you peace. We love you! Calvin & Cindy Lucas
Comment Share
Share via:
SF

Ed was an important part of our very large family for many years. He fit in and was loved, respected, and put up with this crazy family for his quick wit, friendly, open personality, his love of his primary and extended family and most of all, his love of Jesus Christ. Ed was always asked to lead memorials and prayers when the need arose. My mother Doris felt there was no one but Ed that she would want to guide hers. He never hesitated to say yes when asked. Avis, Ed left a big hole in your heart, and all of us left behind will feel his absence. But take comfort his faith and love of the Lord he is in heaven with my Mom and Dad and all the others that went before. I know Doris was waiting for him as she always said "He's a keeper" so she'll be there to hold his hand. I love you. Sherry 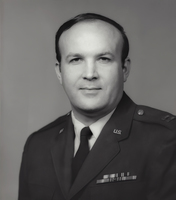 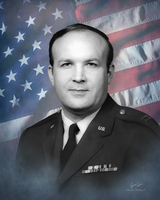