To share your memory on the wall of Kristine Gerron, sign in using one of the following options:

Print
Kristine Gerron was born November 18, 1968 in Arlington, Texas to Glenda Calhoun and Ben Sudduth. She departed this life way too soon on April 1, 2021 at her home in Waxahachie.

Kristi was an accomplished ice skater and was a 3-time ISI... Read More
Kristine Gerron was born November 18, 1968 in Arlington, Texas to Glenda Calhoun and Ben Sudduth. She departed this life way too soon on April 1, 2021 at her home in Waxahachie.

Kristi was an accomplished ice skater and was a 3-time ISIA National Champion and placed 1st place in many skating competitions throughout the United States. She also qualified for the United States Figure Skating Association Regionals where she was invited to train for the Olympics at the National Training Center in Colorado Springs.

Kristi and Mike were married on December 29, 1990 in Arlington, Tx. They were together for 35 years and just recently celebrated their 30-year wedding anniversary on December 29, 2020. They had their first-born son Christopher James Gerron on December 18, 1995 followed by their second son Matthew Michael Gerron on July 31, 2001.

She went on to graduate with honors at the University of Texas at Arlington in 1991 with a Bachelor of Business Administration. She was a Director of Commercial Banking for Chase Bank, where she worked for 35 years. She enjoyed vacations, the beach, cruising and all things Disney. Family was the most important part of her life.

Kristi was a devoted Sunday school teacher in the children’s ministry at First Baptist Mansfield with her husband for a number of years teaching the children God’s word.

Visitation for family and friends will be Saturday, April 10, 2021 from 6:00 to 8:00PM at Boze Mitchell McKibbin Funeral Home.

Funeral services will be Sunday, April 11, 2021 at 2:00PM also at Boze Mitchell McKibbin Chapel in Waxahachie.

Receive notifications about information and event scheduling for Kristine

We encourage you to share your most beloved memories of Kristine here, so that the family and other loved ones can always see it. You can upload cherished photographs, or share your favorite stories, and can even comment on those shared by others.

Posted Apr 09, 2021 at 07:29pm
Our deepest condolences for your loss. Kristi was a great partner with a kind heart and warm smile. Our thoughts and prayers are with you.

3 trees were planted in the memory of Kristine Gerron

3 trees were planted in the memory of Kristine Gerron

Posted Apr 11, 2021 at 12:09am
Our deepest sympathy goes out to the Gerron men. I know Kaitlyn will forever cherish the time she has with Kristi.

Posted Apr 10, 2021 at 09:50am
Kristi’s guidance and mentorship was such a gift to me and changed the trajectory of my career forever. She was one of the smartest, kindest, and most genuine people I’ve ever had the pleasure of working with. I am so heartbroken and praying for you and your family.
Comment Share
Share via:
NR

Posted Apr 09, 2021 at 09:04pm
Kristi, your endless dedication and enthusiasm to help others will always be remembered. JPMorgan is losing a star! God Bless. 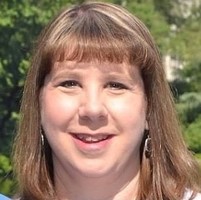 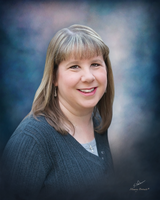 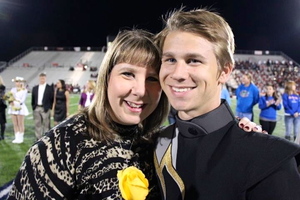 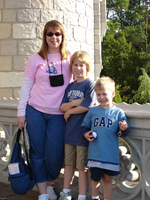