To share your memory on the wall of Joyce McNeely, sign in using one of the following options:

Print
Mary "Joyce" McNeely went home to be part of His heavenly kingdom at 5:45 a.m. on Friday, July 31, 2020 after suffering from dementia.

Joyce was born on June 26, 1942 in Philadelphia, Pennsylvania to Robert Boyd and Doris Ruth Fields Eve... Read More
Mary "Joyce" McNeely went home to be part of His heavenly kingdom at 5:45 a.m. on Friday, July 31, 2020 after suffering from dementia.

Joyce was born on June 26, 1942 in Philadelphia, Pennsylvania to Robert Boyd and Doris Ruth Fields Eversole. Upon marrying, having 4 children and relocating to Texas, Joyce began studying to achieve a degree for her passion in nursing. In 1972 Joyce graduated from Tenery School of Vocational Nursing and in 1979 while working full time at Baylor Medical Center Waxahachie and raising 4 school age children, she received her Bachelor of Science from Navarro College School of Nursing. Joyce was drawn to emergency medicine and in 1987 received her Certification for Emergency Nursing. In 1988 during her time in the ER, Joyce received a letter of commendation from Mayor James Self and a Crime Stoppers Award for assisting the Waxahachie Police Department in apprehending an individual regarding an aggravated assault. She also received her 5 Star Pin, the highest award of Baylor Employee Recognition Program, Five Star Spirit.

Joyce was also a faithful member of Ferris Heights United Methodist Church for almost 50 years and was instrumental in establishing the prayer group of which she has been a member for 20 years.

Joyce was a hard worker who received great satisfaction from her career as an RN, raising her children and being the leader of a loving blended family to which she was fiercely loyal. She loved the Lord and her church, gardening, fishing, camping and visiting her family in Florida.

Joyce is preceded in death by the love of her life for 38 years, Bill McNeely, her precious daughter Karen Brock, her grandson Tyler Brock, sisters Florence and Judy, brother Bob, and her parents.

Receive notifications about information and event scheduling for Joyce McNeely

We encourage you to share your most beloved memories of Joyce McNeely here, so that the family and other loved ones can always see it. You can upload cherished photographs, or share your favorite stories, and can even comment on those shared by others.

Posted Aug 01, 2020 at 04:46pm
I worked with Joyce at the hospital from 1980 until she retired. We spent many hours taking care of patients in the emergency department. My condolences to Donna, Lisa and all of the family.
Jodi Phillips (Coward)
Comment Share
Share via: 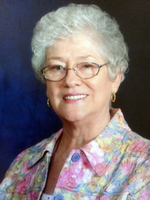