To share your memory on the wall of Maxine Day, sign in using one of the following options:

With both of her daughters one college, Maxine returned it to the workplace in 1975 as a secretary at Dallas Baptist University, advancing to become executive assistant to the president. It was her privilege to be part of the DBU family, seeing it grow from a financially challenged college into the thriving Spirit-led institution it is today. She cherished the many lifelong friendships she made through her association with DBU.

After retiring in 1991 and after the death of Mr. Crouch, she married Army Colonel (Chaplain) Clayton E. Day whom she met while they were both on staff at DBU. They resided in Syracuse, New York while colonel day was director of evangelism for the Baptist convention of New York until his retirement. In late 1997, they relocated to Fort Worth where he served as interim pastor and she as pianist of west side Baptist Church. She then became not only a preachers daughter but was amazed to be a pastor‘s wife. Subsequently they Joined Travis Ave., Baptist Church and were involved in its ministry. They enjoyed 11 years together before his death in 2004.

Maxine relocated to crest Haven Village in Cedar Hill in 2007 and joined Hillcrest Baptist Church. She loved the many friendships made at both her new neighborhood and church.

In December 2007, Maxine was honored to receive the prestigious Ruth award from DBU and was named an honorary alumna in 2013. She wrote her autobiography, “Bits ‘n Pieces” as a gift to her family and friends. She was affectionately called grape by her great grandchildren. Maxine was gracious and always aware that her many blessings came from her Lord and Savior Jesus Christ.

She was preceded in death by her parents Mac and Lydia (Vaughn) Patrick; her daughter Cathy Joann Crouch; her two husbands; son-in-law Robert Stump; and sister Noelle Hollingsworth.

To plant a memorial tree in honor of Maxine Day, please visit our Heartfelt Sympathies Store.

Receive notifications about information and event scheduling for Maxine Day

We encourage you to share your most beloved memories of Maxine Day here, so that the family and other loved ones can always see it. You can upload cherished photographs, or share your favorite stories, and can even comment on those shared by others.

Plant a Tree in Memory of Maxine Day
Plant a tree 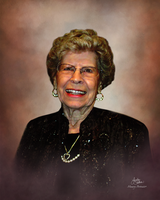