To share your memory on the wall of Timothy Brooks, sign in using one of the following options:

Dad was the toughest man I have ever met he fought cancer like I have seen no other. With all the accomplishments he has made through his 73 years on this earth from being an army veteran of the Vietnam war to holding just about every championship belt through professional wrestling and a hall-of-famer.

He is preceded in death by his parents, T.C. and Dorothy Brooks; brothers, Arthur Brooks and Curtis Brooks; sisters, Jackie Brooks and Debbie Hambrick.

He will be missed dearly by so many.

Visitation for family and friends will be held on Monday, July 6, 2020 from 6:00 PM-8:00 PM at Boze-Mitchell-McKibbin Funeral Home in Waxahachie, Texas.

A Funeral Service will be held at 11 AM on Tuesday, July 7, 2020 at the Waxahachie Civic Center in Waxahachie with Pastor Todd Grimes and Pastor Stephen Palmer officiating. Interment will follow at the Dallas-Ft. Worth National Cemetery in Dallas, Texas.

Receive notifications about information and event scheduling for Timothy

We encourage you to share your most beloved memories of Timothy here, so that the family and other loved ones can always see it. You can upload cherished photographs, or share your favorite stories, and can even comment on those shared by others.

Posted Jul 07, 2020 at 11:56pm
Such a true honor and pleasure to have known Killer professionally and personally. Our condolences and prayers for The Brooks family and to anyone who trained under him. Thank you for everything...RIP Killer Tim Brooks
Comment Share
Share via:
R

Posted Jul 07, 2020 at 11:38pm
Tonya and I give our love and condolences to the Brooks family. Thank you so much for sharing him with all of us. He is enjoying some great reunions in Heaven.
Comment Share
Share via:
TP

Posted Jul 07, 2020 at 11:35pm
Such a great person to have left us still early he was a battler.tim was a soft hearted person but when that bell rings the fight Is on
A legend in the ring s well loved not only by his family but the wrestling world family.rip Tim we all love you and will forever remember and forever hold memories.
Comment Share
Share via:
JA

Posted Jul 07, 2020 at 10:02pm
Thank you, Sir, for the decades of great memories. You were so much more than "Killer," but know, in your rest, that your work as such make you truly immortal. You will be deeply missed.
Comment Share
Share via:
BG

Posted Jul 07, 2020 at 09:49pm
My sincere condolences to everyone of his family. My highlight last year was seeing him and talking stories of his time with Frank. He had some great ones and I’m sure ones he couldn’t tell me. Love to all.
Comment Share
Share via: 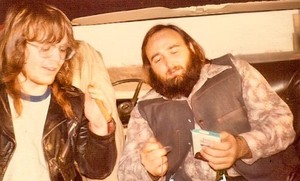 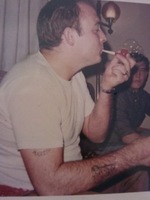 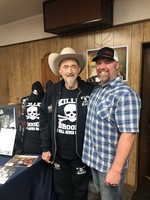