To share your memory on the wall of Mike Kelley, sign in using one of the following options:

Print
William Michael “Mike” Kelley, born to William “Duard” & Martha Kelley on February 1,1950 in Waxahachie, TX, passed away on May 20, 2021 at Oxford Glen Memory Care in Grand Prairie, TX with his family by his side.

Mike was a life... Read More
William Michael “Mike” Kelley, born to William “Duard” & Martha Kelley on February 1,1950 in Waxahachie, TX, passed away on May 20, 2021 at Oxford Glen Memory Care in Grand Prairie, TX with his family by his side.

Mike was a lifelong resident of Waxahachie. He grew up on Grand Avenue, was a great athlete, and spent many summers playing little league baseball at Henry Curry Ballpark. Mike graduated from Waxahachie High School in the class of 1968. He carried the love for his town, school, & classmates for many years afterwards by being one of the main class reunion organizers, along with his high school sweetheart, Cindy Huffstetler Kelley. Mike and Cindy were married on November 7, 1969 and had two children, Angela and Kris. They celebrated their 50th wedding anniversary in November 2019 in beautiful, Cabo San Lucas, Mexico with their children. Some of Mike and Cindy’s other favorite vacations were taking a train through the Canadian Rockies, Pebble Beach and Carmel, CA, & trips to the beach just to name a few.

Mike spent most of his employment career working in the food service business as a territory sales manager. He retired from US Foodservice in 2015. Although, many may remember him, too, as the owner of the Country Corner Café located in the old Rogers Hotel in downtown Waxahachie from the late 1970’s-mid 1980’s. When Mike wasn’t working, he loved to fish, deer hunt, and play golf regularly at Waxahachie Country Club where he was a member for many years. Upon retirement, Mike spent many mornings at the club, not playing golf, but enjoying coffee and conversation with his friends. He also enjoyed having monthly luncheons with several of his high school classmates. He loved to attend any parade to support the Waxahachie community, but his favorite was the 4th of July…unless he was a participant riding on a homecoming float with his classmates. Mike and Cindy were blessed to have five, wonderful grandchildren who they enjoyed watching all of their various activities throughout the years. He and Cindy were also members of the First United Methodist Church/Waxahachie. He was a wonderful & loyal son, brother, husband, father, & PaPaw who will forever live with us.

Visitation for family and friends will be held Monday, May 24, 6-8 p.m. at the funeral home.

To plant a memorial tree in honor of Mike Kelley, please visit our Heartfelt Sympathies Store.

Receive notifications about information and event scheduling for Mike Kelley

We encourage you to share your most beloved memories of Mike Kelley here, so that the family and other loved ones can always see it. You can upload cherished photographs, or share your favorite stories, and can even comment on those shared by others.

Posted May 23, 2021 at 09:54am
Spent many a morning having coffee with Mike at the Country Club. The main topic of our conversations was always about our kids and grandkids. He was always one of the "good guys" and will be missed by those who knew him.
Comment Share
Share via:
CP

Posted May 22, 2021 at 08:41am
Please accept our most heartfelt sympathies for your loss... Our thoughts are with you and your family during this difficult time.

Posted May 21, 2021 at 12:36pm
Mike always fried the best catfish for our family's 4th of July cookout. Mike will surely be missed, with his humor and smile every time I saw him. My prayers are with Cindy, Angie, and Kris during this difficult time, but knowing Mike is no longer in pain and with the Lord and his family is a comforting thought.
Comment Share
Share via:
JE 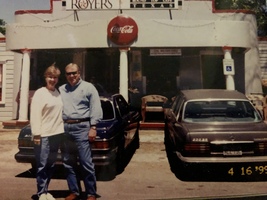 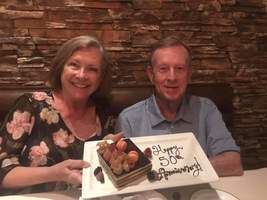 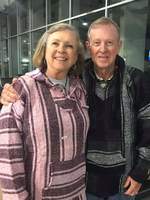 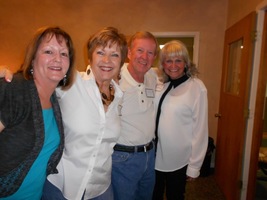