To share your memory on the wall of Richard Watson, sign in using one of the following options:

Richard was preceded in death by his parents, Richard A. Watson and Nell LaReine Watson.

In lieu of flowers, please consider donating to First United Methodist Church of Plano, the American Cancer Society, the Forreston Cemetery Association or a charity of your choice.

A memorial service will be held for Richard at a future date.
Read Less

Receive notifications about information and event scheduling for Richard

We encourage you to share your most beloved memories of Richard here, so that the family and other loved ones can always see it. You can upload cherished photographs, or share your favorite stories, and can even comment on those shared by others.

Posted Mar 10, 2021 at 11:07pm
I just found out about Richard’s passing. My condolences. I worked for him at Blue Cross years ago. Teresa Brownson Stringer
Comment Share
Share via:
C

Posted Jan 14, 2021 at 01:37am
Mr. Watson sold my wife and I our home back in 2008. It was our first home and is where we have raised our family. Mr. Watson worked with us patiently for nearly a year while we looked. He never pushed us and was such a good man to know and work with. All our best to his wife and family.
Comment Share
Share via:
BH

Posted Sep 29, 2020 at 03:02am
Teresa, I’m so sorry for your loss. You gave everything you had to give. I think there’s no truer commitment to a loved one than to be their caregiver. I only met Richard a few times, but I could see how much he loved you. Now, give him one more thing, and be careful of your health. God will take care of your wonderful husband. Rest and seek solace in your family, friends and God. Contact me as often as you need for anything
Comment Share
Share via:
DN

Posted Aug 11, 2020 at 05:44pm
we really enjoyed seeing Richard every Sunday and talking about High School Football and other topics. He had a great smile that made you feel welcomed. He will be missed for sure. Our sincere condolences to his family.

Posted Aug 09, 2020 at 06:51pm
I went to school with Richard but was 2 years younger than he. I played basketball and baseball with him. We also played baseball on an independant team at Avalon. Had some good times together. He was a good man.
Comment Share
Share via:
KS

I was 18 years old and just graduated from high school when I began working at Blue Cross in 1988. Richard was my first boss and I worked for him several years. I will always remember those days and Richard. I am so sorry to hear of his passing. Many crazy memories from the good old Blue Cross days! 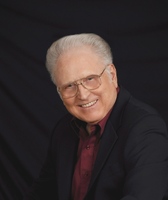 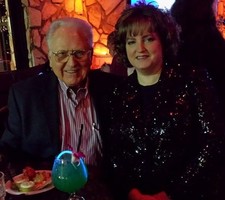 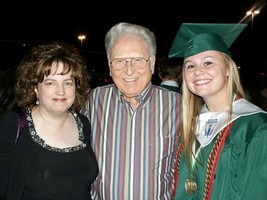 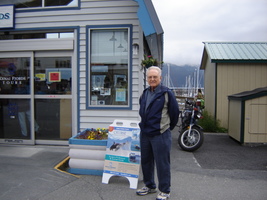